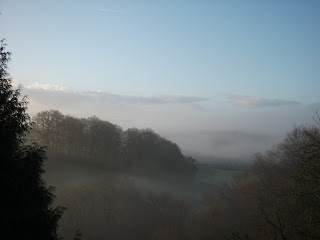 The sound of dripping trees, birdsong and running water.
Fog hangs in the air like a pall of gunsmoke. The crushed grass bears testament to the great battle that occurred overnight.
The Snow Queen's mantle lies in tatters as she retreats - for now.
Posted by Moonroot at 7:59 pm No comments:

Deep and Crisp and Even 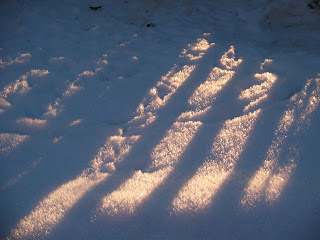 The Snow Queen has spread her mantle over the hills. 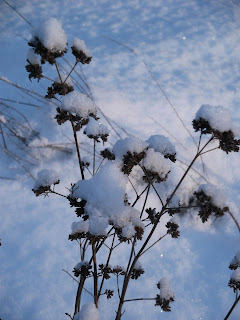 Thick snow, piled deep on a silent world. A world of beauty, the soft, round drifts at odds with the harshness of bitter cold. No owl quavers, no fox screams. Only the tracks left in the snow betray signs of life. 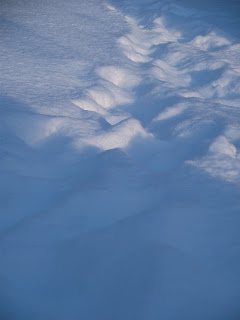 I trust that under the snow, snowdrop, crocus and narcissus dream the first faint stirrings of spring. For now all is quiet, all is still, all is frozen. 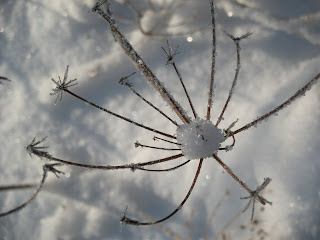 I feed the birds. I watch the sky, praying for a thaw, waiting for the days to lengthen. The Snow Queen is beautiful, but she is without mercy. 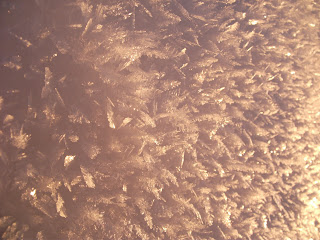 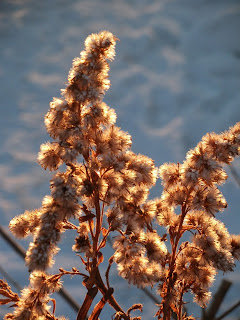 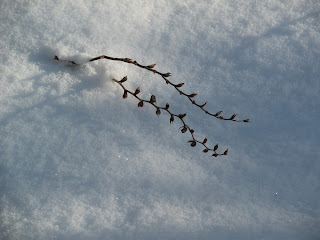 Wishing the Arctic Well: A Spell of Healing and Transformation 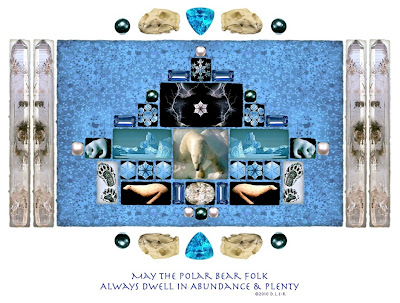 Image ©Donald Engstrom-Reese 2010
﻿My friend Donald Engstrom-Reese is inviting people to join him in a spell-working to support the Polar Bear and other inhabitants of the Arctic, who are threatened by the pressures on their unique eco-system.
For more information, please follow this link: http://web.me.com/iowariver/Walking_in_Beauty/Blog/Entries/2010/12/16_Wishing_the_Arctic_Well.html.
The spellworking officially began on the Winter Solstice, but you can join in at any time.
Many thanks for your help - and spread the word!
Peace & Yule Blessings.
Posted by Moonroot at 12:04 pm 2 comments: 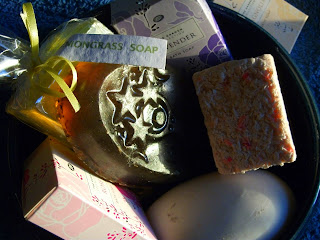 I also recommend the cleaning the house on New Year's Eve/mindfully choosing your activities on New Year's Day spell. It certainly starts the year on a good note!


P.S. I have to confess I am particularly fond of the soaps produced by Lush, although local West Wales company The Soap Shed have some delicious products too.
Posted by Moonroot at 6:38 pm 9 comments: 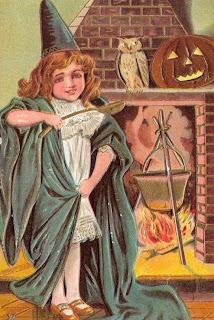 I can't help it. I just hate seeing anything going to waste. Perhaps it's the influence of grandparents who lived through the Great Depression of the 1930's followed by the austerity and rationing of the War years, and parents who were born just before the advent of the Second World War.
Both my Grandmothers were (and my Mum is) great advocates of making do and mending, preserving food during times of abundance to keep for the 'hard times', making inventive new meals from left overs, scraping every last smear of jam from the jar, squirrelling away safety pins and rubber bands and lengths of string; or scraps of ribbon or lace or fabric to 'make things over'. None of them would have dreamed of throwing away today's cold, leftover veg which could be transformed into tomorrow's bubble & squeak, or soup, or casserole. Each of them had a 'button box' to store buttons cut from old garments (themselves usually handed down, passed on, restyled or - if they were beyond redemption - used as rags). I used to love playing with the contents of the button boxes, sorting their shiny contents into colours, or shapes, or sizes.
Somewhere along the line, this behaviour rubbed off on me, and I too love being inventive with leftovers, I have my own stashes of pins, string, fabric and rubber bands, and even my own button box. I look hard at things before chucking them to see if they have a possible chance at re-use, and recycling has become second nature.
Sometimes that's a good thing. I can feel pretty good about my minimal contributions to landfill sites and my habit of only buying a replacement for something when it dies completely must have saved me quite a fair amount of money over the years. On the other hand it does also result in gluts of jams and chutneys, I'm usually at least 5 years out of date with gadgets (mobile phone the size of a house brick, anyone?), and well, yes, I am a terrible hoarder. With a cry of 'That will come in useful one day!' my cupboards (and drawers, and the outbuildings, and the garage) soon fill up, and it is oh so hard to contemplate throwing any of it away because, well - you never know when it might come in handy.
Like most things in life, there must be balance. It is one thing to save yourself money and save the planet from drowning in consumables, yet it is quite another to find yourself overwhelmed by boxes of 'stuff that might come in useful one day'. My own challenge seems to be in keeping the hoarding instinct under control. Now that T has removed all the things he wants from the house, I need to take a deep breath and start sorting out what is left into what is truly loved, needed and/or useful and that which is merely taking up space. I suspect the local charity shops will soon get very sick of seeing me arrive with yet another box of donations for them to re-home, and at some point I may even get really ruthless and make a trip or two to the local dump.
On the other hand, I don't want to totally lose the thrifty habit. It's good for my bank balance and it's good for the planet when I reduce, reuse, repair, repurpose, recycle. And I still love playing with the contents of the button box occasionally!
In these cash-strapped times, I thought it may even be useful to pass on a few thrifty ideas via the blog. These will be many and assorted, ranging from ideas for re-using things and materials, to recipes and even spells. I'll label each with the tag 'ThriftWitch' so you can find them easily.
My first ThriftWitch tip will be 'The Clean Start Soap Spell' appearing in the next day or so. Stay tuned!
Posted by Moonroot at 5:34 pm 5 comments:

Fog and Ice and Gratitude 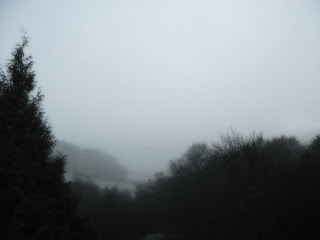 A new skyline on this day of fog and ice. The world ends across the valley, distant hills erased by fog. Sounds speak of life continuing 'out there' - a barking dog, a tractor, jackdaws - yet my eyes tell me the world is much smaller today.
Sheet ice covers the ground, even the chickens are slipping and sliding around. I walk intently, bent like an old woman, testing each step before carefully chancing my weight on it.
Cold, damp air chills my bones.
Yet the house is warm, the fire is lit, and my love and the cats await me. I count my blessings.
Posted by Moonroot at 5:05 pm 3 comments: