It has been the longest, hardest winter.
I struggled with a job I hated during the long, dark days, sinking deeper into depression than I realised. My divorce came through and T married his new partner almost immediately, which felt like a final, bitter slap in the face.
As winter dug in for the long haul, the bitterly cold and snowy weather took its toll on everyone at Halfway Up A Hill, including the animals. No fewer than 3 of the chickens died from infections or simple old age, and one was taken by a fox which dug under the fence surrounding the run (luckily we heard the commotion and ran down in time to prevent further casualties). One of the younger chickens also suffered recurrent sour crop, and ended up living on a windowsill in the house for several weeks while we laboriously treated her with antibiotics and hand fed her until she recovered. Meantime, we suffered the frustration and inconvenience of being snowed in for a couple of weeks which seemed to drag on and on.
Later, in February, I succumbed to the nastiest chest infection I've ever experienced; it took me nearly 6 weeks to recover and the antibiotics I was prescribed had no effect whatsoever. IB also caught it and together we nursed each other as best we could, with heroic support from my poor Dad, who was also nursing Mum through it.
The final tragedy in this catalogue of drear and misfortune came when Angel the gander stopped eating and preening, seemingly unable to open his beak more than a couple of millimetres. We took him to the vet, only to find that somehow, he had both broken and dislocated his jaw. It's almost impossible to imagine how this could have happened, our best guess is that in chasing one of the chickens he ran into a fence post or similar obstacle and injured himself that way. Sadly, the damage was inoperable, and with many tears we made the horrible decision to have him put down. Buffy is gradually adjusting to her widowhood, and at some stage we will try to find her another companion.
This longest, hardest winter seemed truly reluctant to loosen its grip, and the unusually cold and dry weather remained for a prolonged period, the normally lush green hillsides strangely brown and deadened by drought and frost.
At times I didn't know how I would get through it. But spring must follow winter eventually, no matter how strongly winter clings on.
And now at last, spring has come. The spring rains turned the fields back to green, and as the sun shines and the birds sing, the leaf buds are breaking and flowers are blooming in hedgerow and garden. I have left my soul-destroying job and am investigating the possibility of starting a small business of my own. IB and I have been cleaning and decorating the house, coaxing the neglected vegetable patch back into productivity, and dreaming and planning for the future.
And today I realised I am happy, truly happy: back to the normal 'me' that I have been struggling to regain for the last 2-3 years, since - well, the exhaustion brought on by the Summer Gathering in August 2007, really. Can it be that long? Looking back I can't believe what a struggle life has been since then. Yet suddenly I feel like I am swimming with the tide instead of constantly battling against it. Somehow I am in alignment with the Universe again.
Perhaps one day I will be able to look back and see the pattern of why I had to spend so long struggling just to keep my head above the maelstrom of hardship being flung my way. One day. For now I am happy to know I am in calmer waters, going with the flow and enjoying the journey once more. 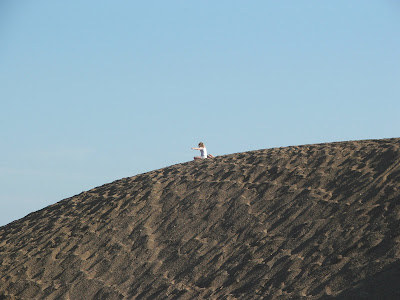 I'm not sure if 'spam' is the correct word for irrelevant and unwanted links to other blogs/websites on a blog's 'comments' section. But although I'm unsure of the correct terminology this is what I have been receiving from time to time, and it seems to be on the increase.

I hope everyone who reads my blog will understand and be happy with this decision.