Celebrating Samhain - and Hallowe'en - in Lockdown 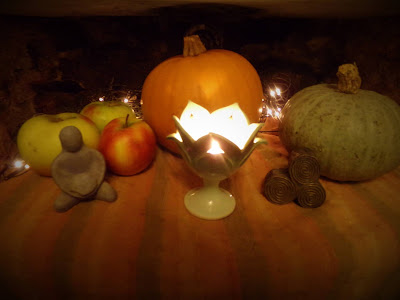 Note: To be clear, for the purposes of this post when I write about Hallowe'en, I mean the secular, spooky, fancy dress, witches-pumpkins-spiders-bats-ghosts-and-ghoulies fun and games which occurs on 31st October. When I write about Samhain, I'm referring to the Pagan festival which occurs on the same date but which marks the Pagan New Year, a time when the veils between the worlds thin and we honour our ancestors, celebrate the dark half of the year and practise divination etc (pumpkins optional).

As life began to return to something more closely resembling 'normality' over the summer I began to think there was no need for further posts on 'How to Celebrate [Festivals] in Lockdown'. For that reason there was no such post for the Autumn Equinox/Mabon. Yet it seems I was a bit premature in my optimism. Many areas of England are now in Category 3 Lockdown, and here in Wales the whole country is currently on a 17-day 'firebreak' lockdown which will cover the weeks either side of Samhain. It's not really surprising, given the British Government's woefully inept response to the Pandemic. So here we are again, and we are likely to find ourselves back here again in the future before this is all over. So let's take a look at some things we could do to celebrate Hallowe'en and Samhain - or both - even if we're restricted by lockdown measures.

Ideas for Celebrating Hallowe'en at Home

A magical and blessed Samhain to you all. 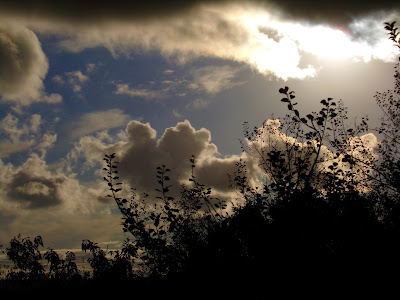 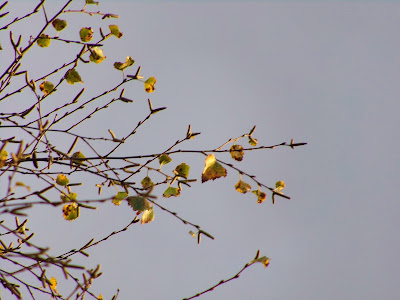 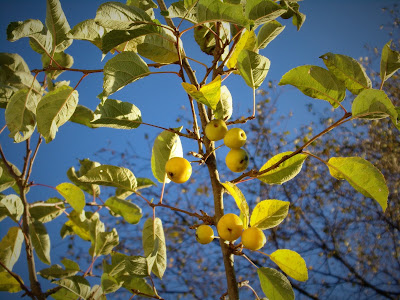 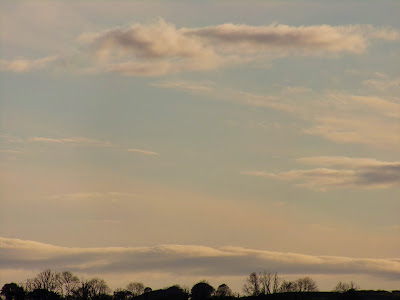 Email ThisBlogThis!Share to TwitterShare to FacebookShare to Pinterest
Labels: autumn

Paying It Forward: Tale of a Pigeon 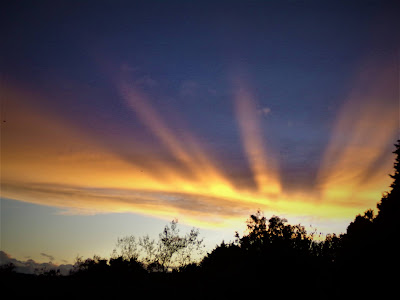 I was locking the door when it happened. Leaving work, turning the key in the lock when I heard a flutter behind me. I thought something had fallen from my bag and turned to see what I had dropped. To my surprise a small pigeon stood there looking up at me, head cocked, eyes bright.

I finished locking the door and stepped gently back, not wanting to frighten the bird who I assumed had not seen me standing in the alcove when she'd flown down. Un-phased by my movement towards her she watched as I pulled the wrought iron gates closed and secured the padlocks. I was expecting her to fly off at any moment, but still she calmly watched me, seemingly completely unafraid. There are always pigeons here in the Square, but normally they keep a safe distance from the humans with whom they share the town centre. I began to wonder if she was perhaps a lost and exhausted racing pigeon, or maybe injured in some way. Carefully I knelt down and slowly extended a hand. She didn't flinch, just watched me calmly, expectantly.

Gently, I stroked the soft grey feathers of her back. She accepted the gesture and didn't attempt to escape. Now I was sure something was wrong, and I wondered what I could do. The daylight was fading and I didn't want to leave her like this, vulnerable and alone. I reasoned that if she was a racing pigeon perhaps she was hungry and expecting that a human would feed her. I don't usually have food with me, in fact I normally do my grocery shopping after work. But, that day as luck would have it, I just happened to have some left over cake in a box in my bag. I have a favourite tea shop where I usually buy myself a takeaway coffee and sometimes some lunch or a piece of cake on the days when I'm working in town. The owners and staff have become good friends and have helped me out on numerous occasions - such as the time the padlocks on the gate seized up so that I couldn't get into work, and they came to the rescue with a tin of WD40 (for the locks) and a much needed cup of coffee (for me). That very afternoon, they just happened to have gifted me with a complementary coffee - and a slice of cake. It was lemon drizzle cake - my favourite! - but I had exercised will-power (an unusual occurrence) and only eaten half the slice, planning to eat the rest for dessert that evening.

I broke off a small corner of the cake and put it on the ground in front of her to see what she would do. She gobbled it up quickly and looked up for more. I broke off more, and then more pieces which she consumed eagerly. I mourned the loss of my cake but reasoned that her need was greater than mine. Eventually she had the whole thing, and I waited while she ate her fill. I still didn't know if she was injured, and I know how cruel some people can be to pigeons - or any vulnerable creature - so I didn't want to leave her alone until I knew she was OK.

When she was finally sated I slowly reached out a hand again. I couldn't see a ring on her legs, so I assumed she wasn't a racing pigeon after all. Her reluctance to fly away when I approached her therefore suggested she was probably injured. If she would still let me touch her, I decided, I would pick her up and take her home and keep her safe overnight before getting her checked over by a vet the next day. She still seemed unafraid, but this time she neatly side-stepped every attempt to actually touch her. Now I was in a bind. I was still loathe to leave her alone and defenceless, but if I couldn't pick her up I wouldn't be able to move her to a place of safety.

For about five minutes we stood there side by side, strange companions on the emptying streets. I was wondering what on earth I was going to do. The light was fading fast and the streetlights began to come on. I was already late, but how could I leave an injured bird? And then, without warning, she suddenly took off in graceful flight, clearly not injured at all. She circled once round my head as if in farewell and was gone, off into the sky. I watched her disappear behind the rooftops, hugely relieved that she was OK. She must have been extremely hungry to beg me for food and let me touch her the way she had, but the cake had given her the energy she needed to keep her safe for now.

It was a strange encounter. It was strange that on that day, I happened to have the wherewithal to help when I met a creature in need. It was strange that she fell out of the sky at my feet at that very moment, when a few minutes later I would have been away down the street on my way home. Something about the encounter seemed magical and meaningful. I still remember the softness of her feathers and the trust in her eyes. I feel blessed by circumstance and serendipity.

On the next working day, as I arrived back in the Square a crow flew down. Watching me closely but keeping a wary distance, he made eye contact and cawed loudly several times, then made a kind of nod of his head before flying off. Call me crazy, but I felt like I was being thanked on behalf of the town birds.

Thanks to a kind and unexpected gift, I was able to help a hungry bird and felt blessed by the opportunity to do so. It's a paradox, but it's true: in giving, we receive. May we all have cake in our bag to offer when it's needed! Pay it forward people, pay it forward.