As I mentioned in my last post, I was unable to post new photos to the blog for a while. So here are a few that I would have posted, had I been able to. It also serves as a quick round up of what IB and I have been up to. 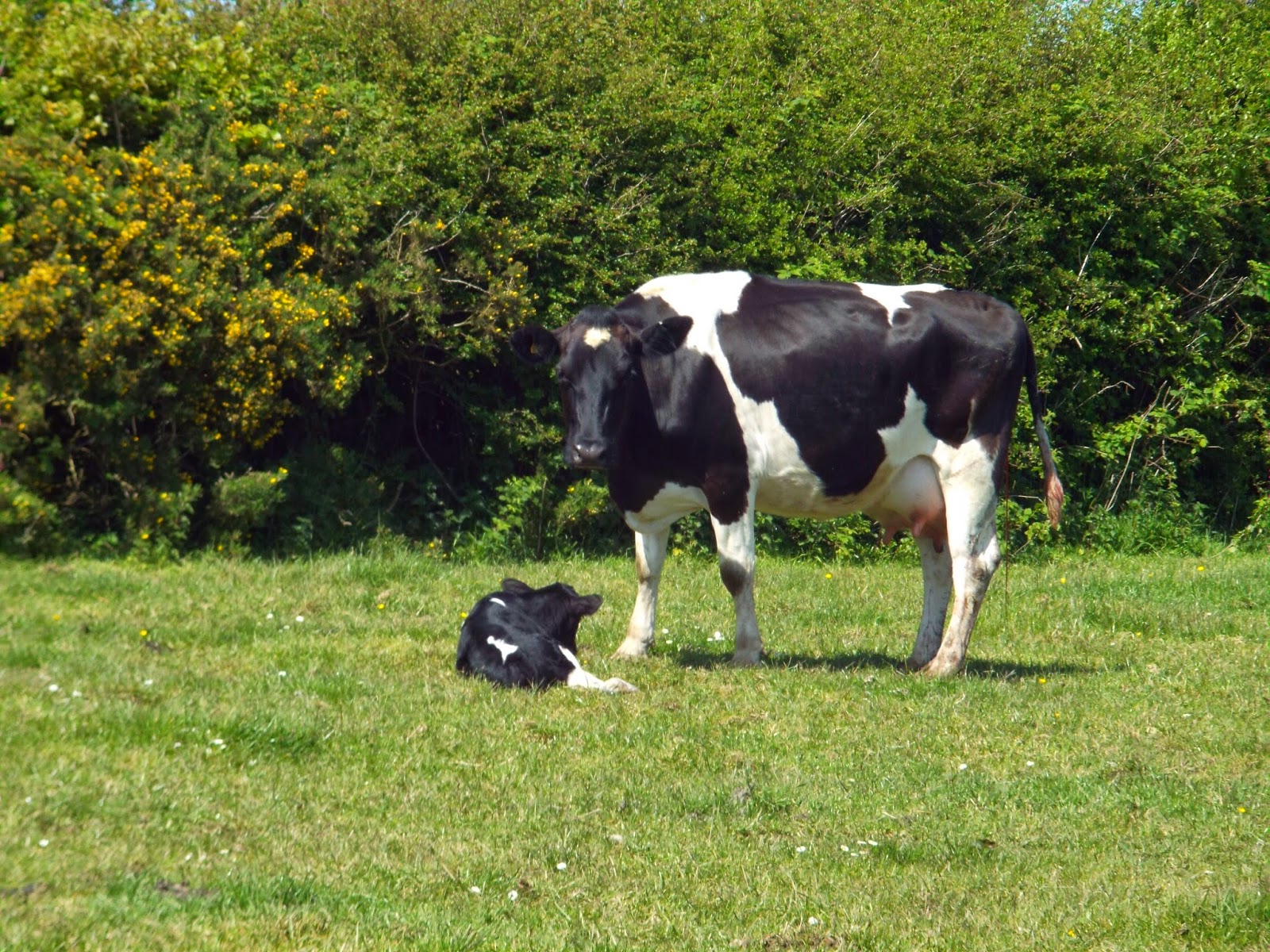 In the spring, during a visit to a nearby farm I unexpectedly found myself helping deliver a calf  as the cow was in difficulty and an extra pair of hands was needed. Luckily all went well and the photo shows both mother and baby both fit and well a short while afterwards. 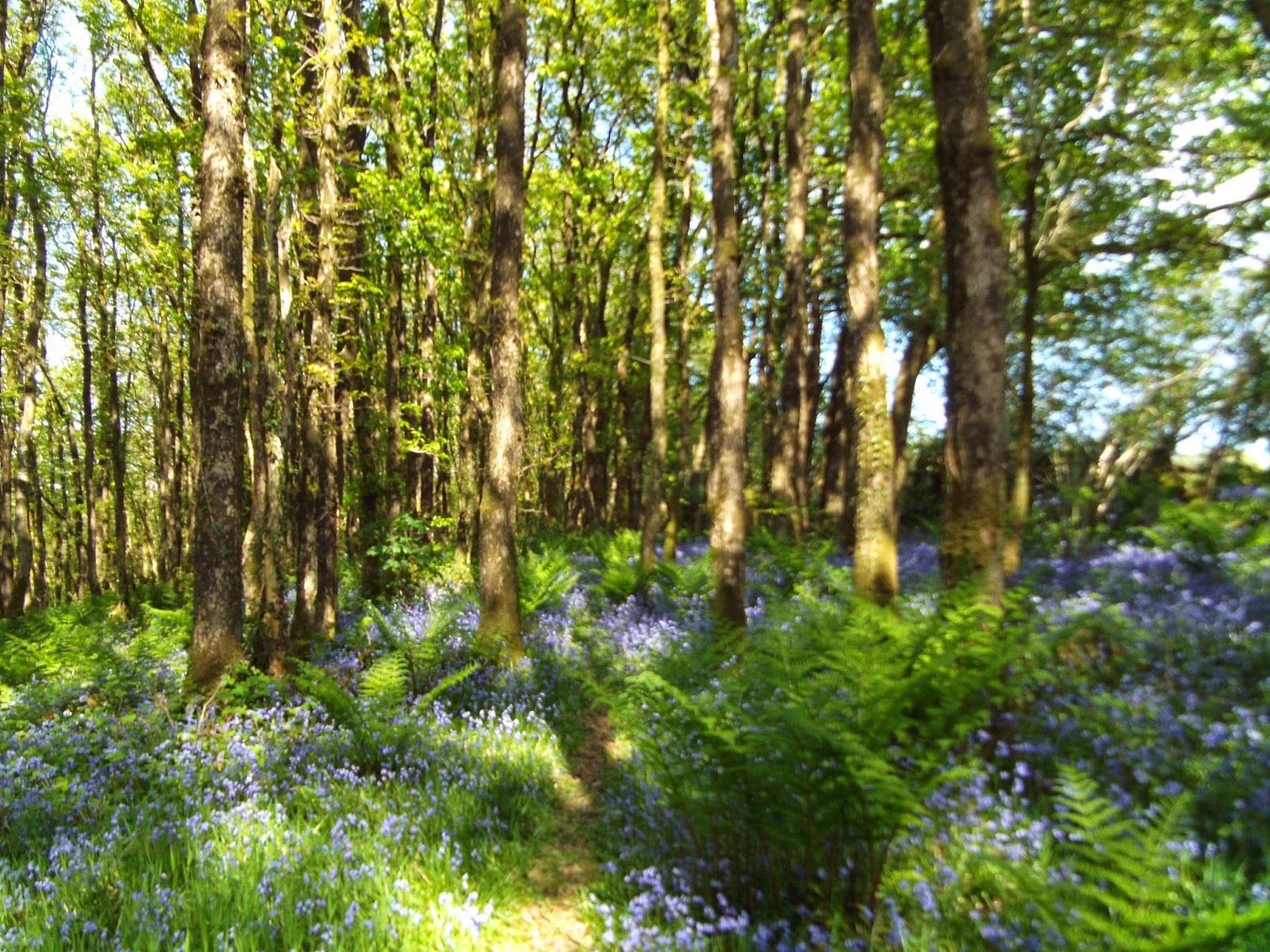 IB and I spent an idyllic afternoon in May wandering in gorgeous bluebell woods. I could hardly bear to leave. 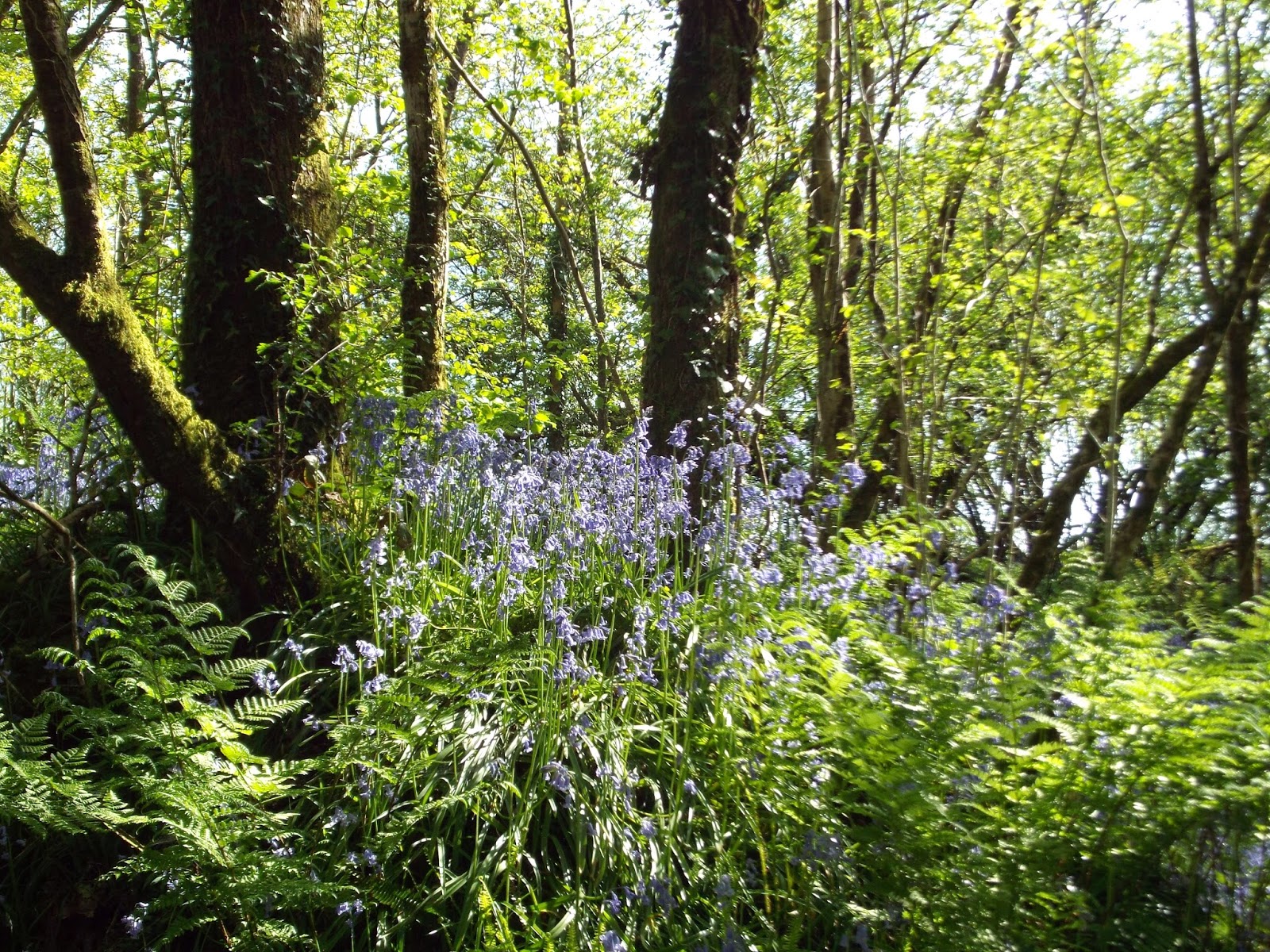 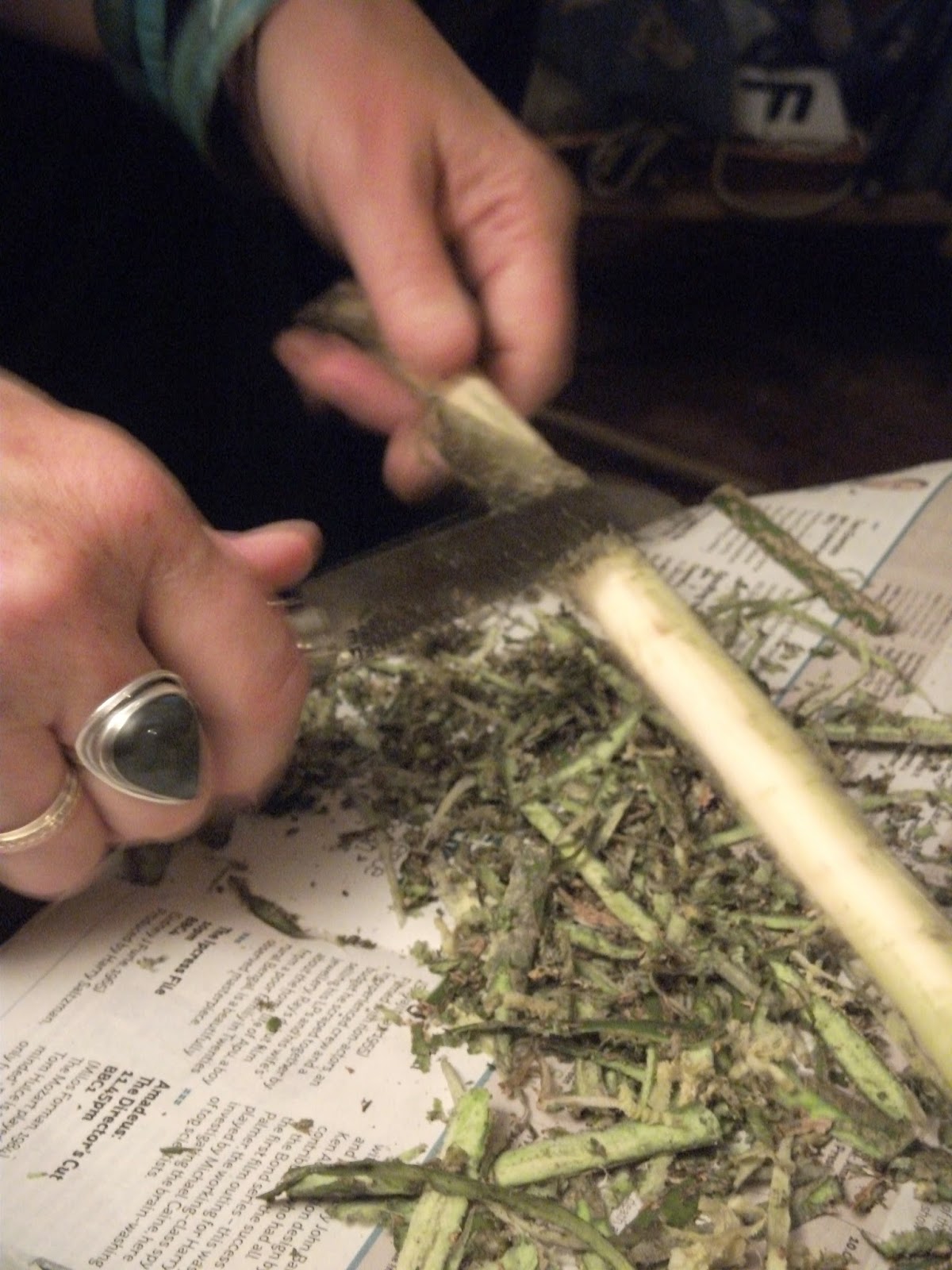 We have had many lovely times with friends in our local Pagan community - there have been Moots (monthly social gatherings), seasonal rituals, meals out to celebrate birthdays, and workshops - this photo is from a wand-making workshop. 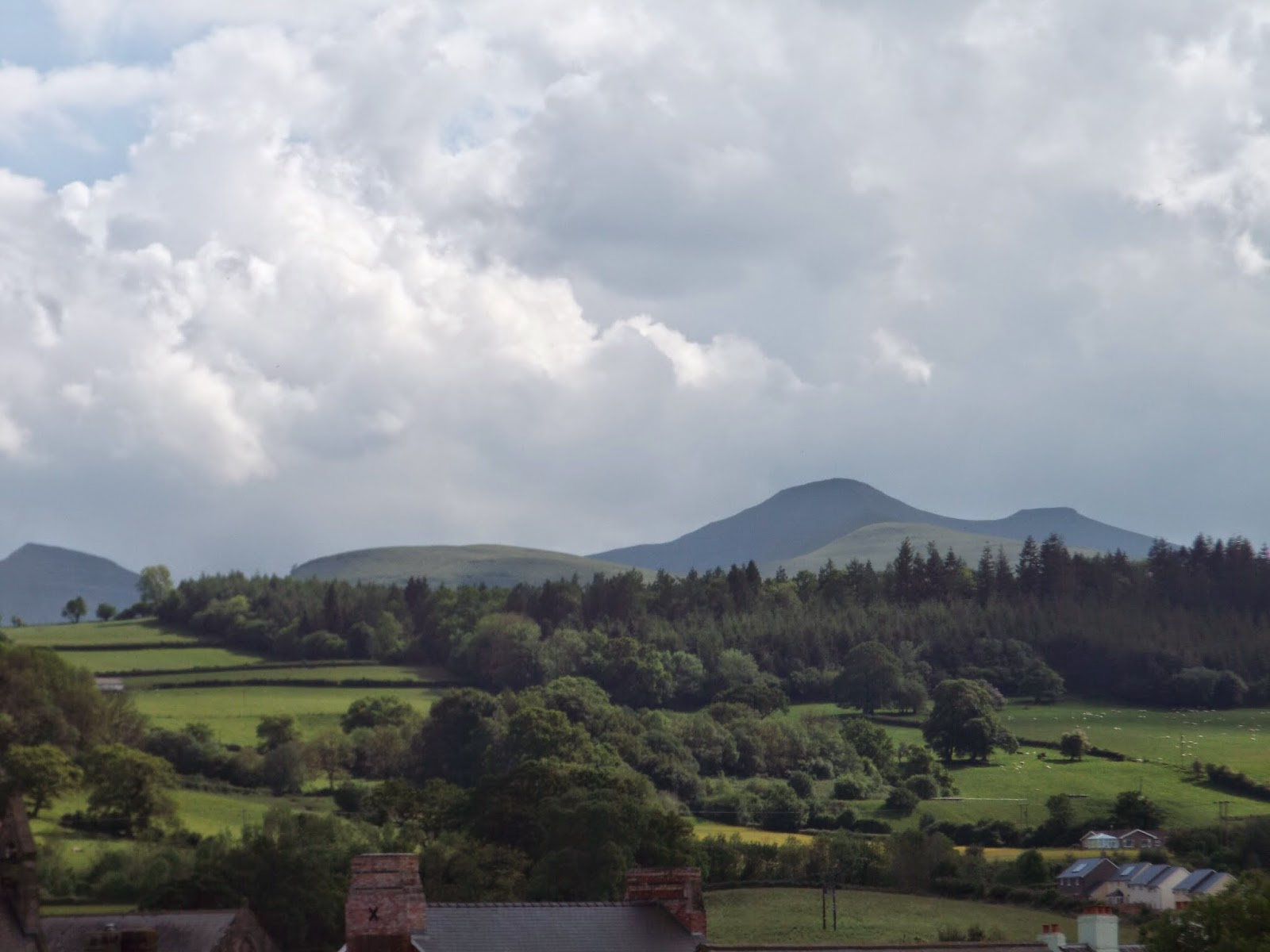 There have been lots of interesting places to visit - to Brecon with my parents to meet up with my sister and brother-in-law... 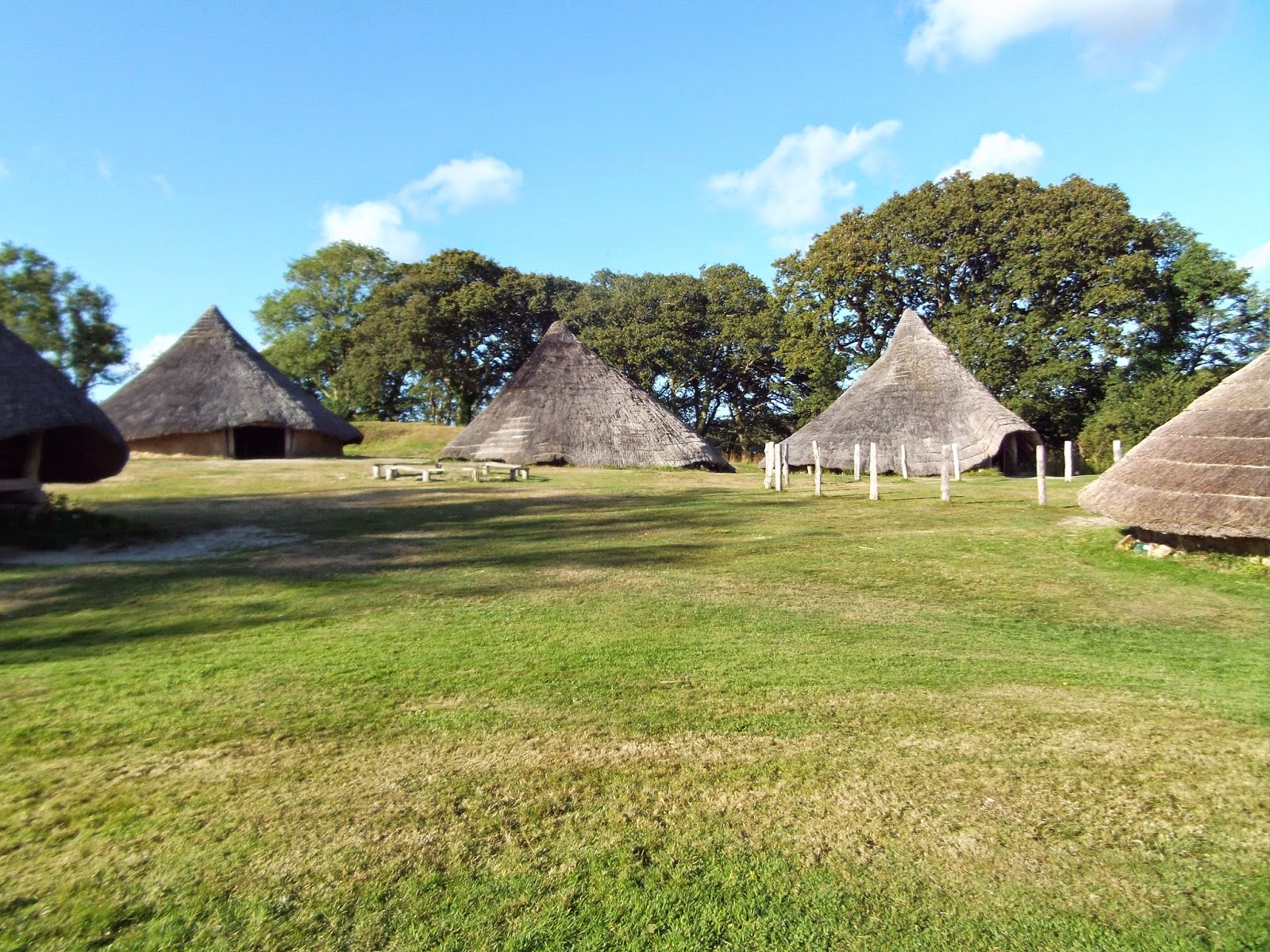 ...to Castell Henllys in Pembrokeshire to see Robin Williamson perform (a magical bardic evening in an Iron Age roundhouse by firelight)... 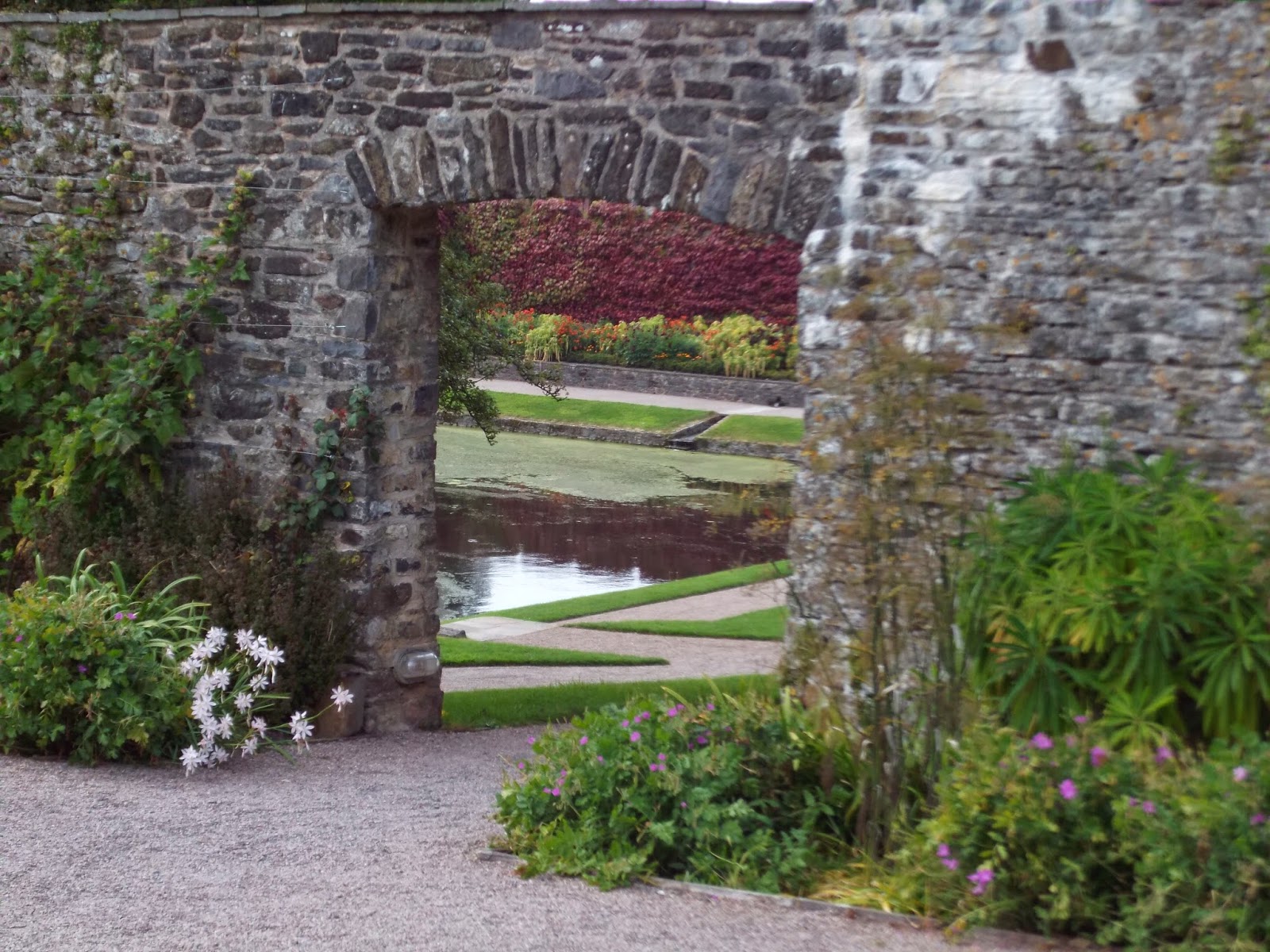 ...to the beautiful Aberglasney Gardens to wander in beauty and enjoy a delicious meal on the lakeside terrace... 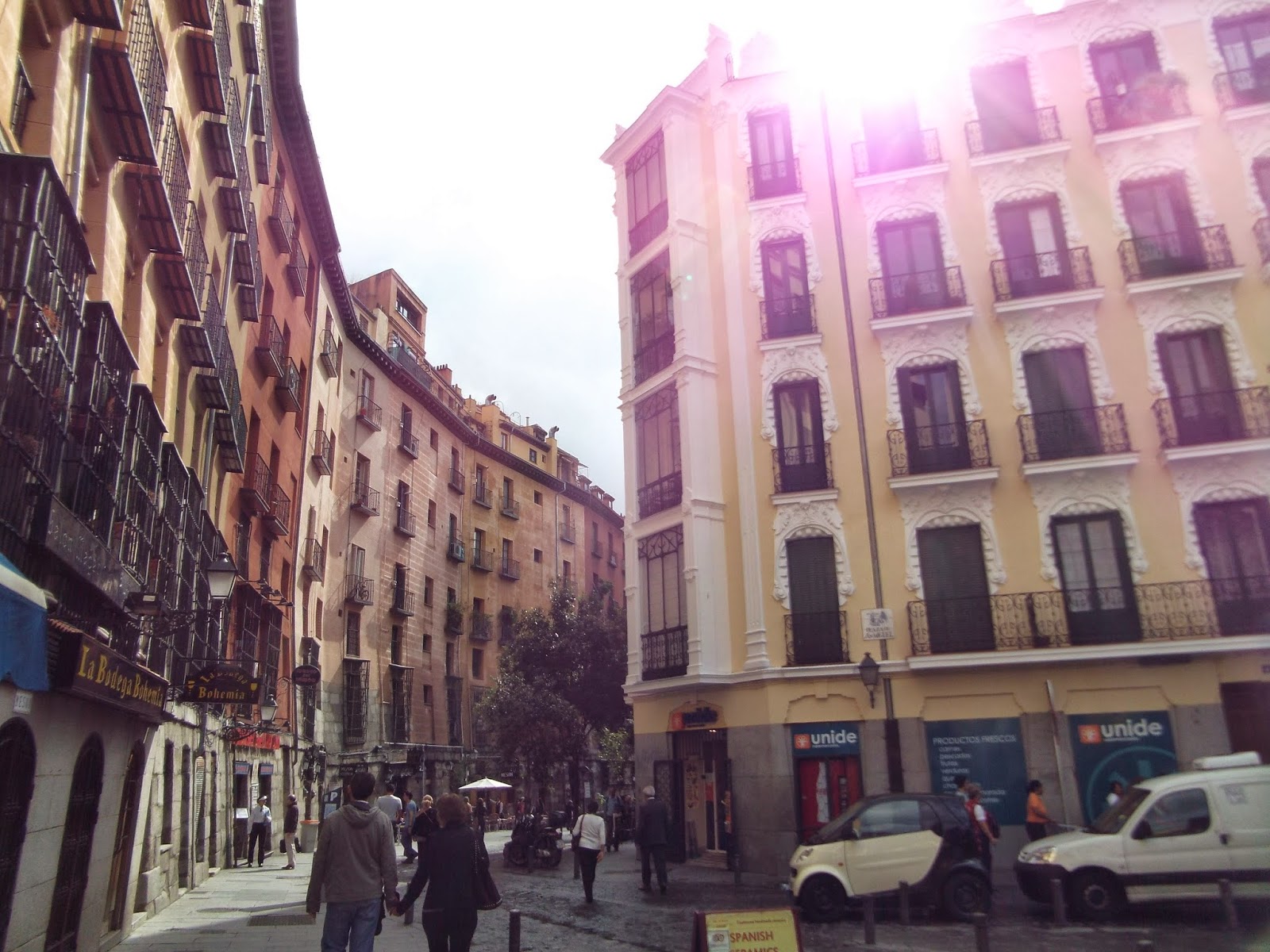 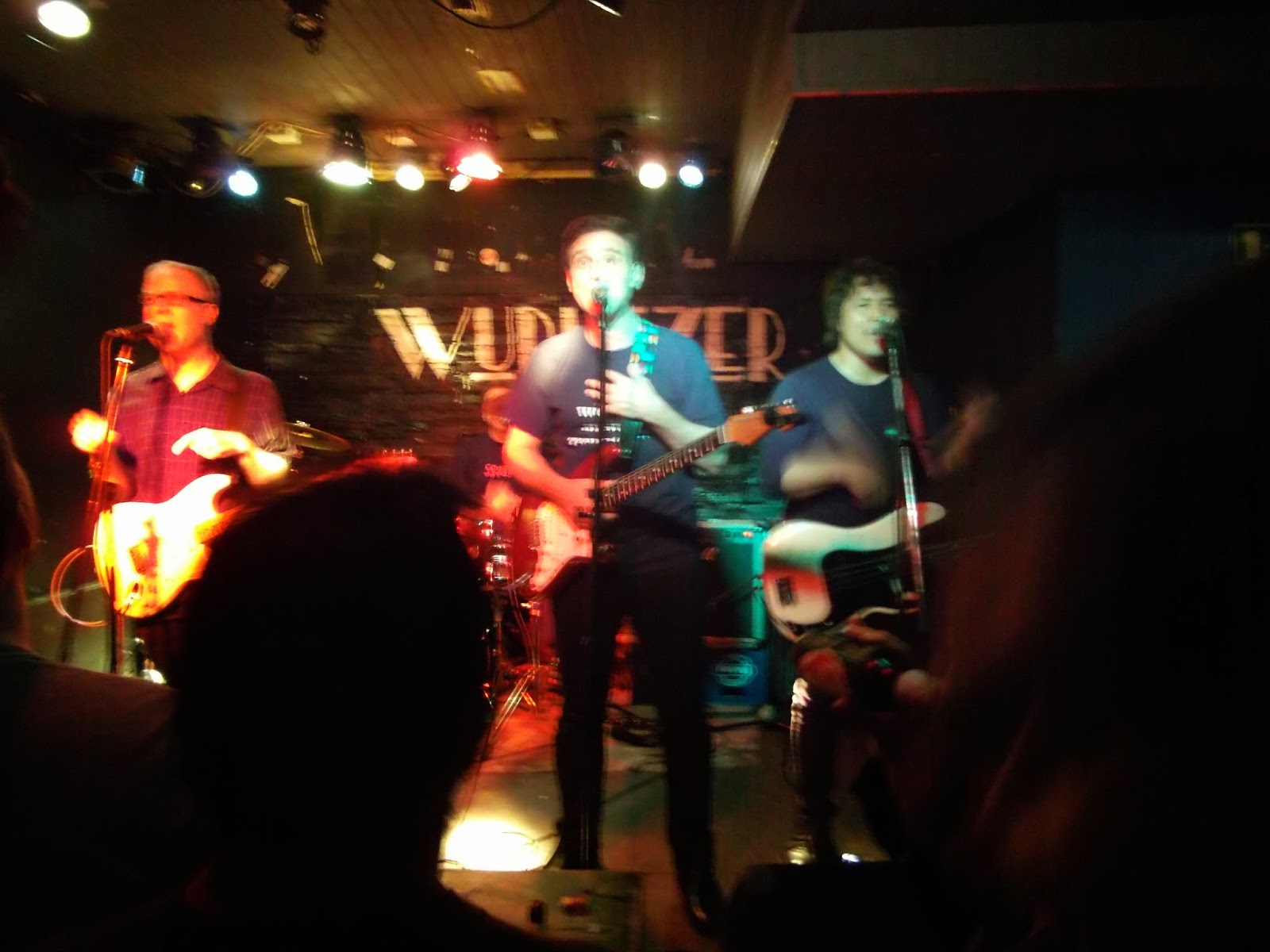 ...to see the ever-wonderful Rubinoos... 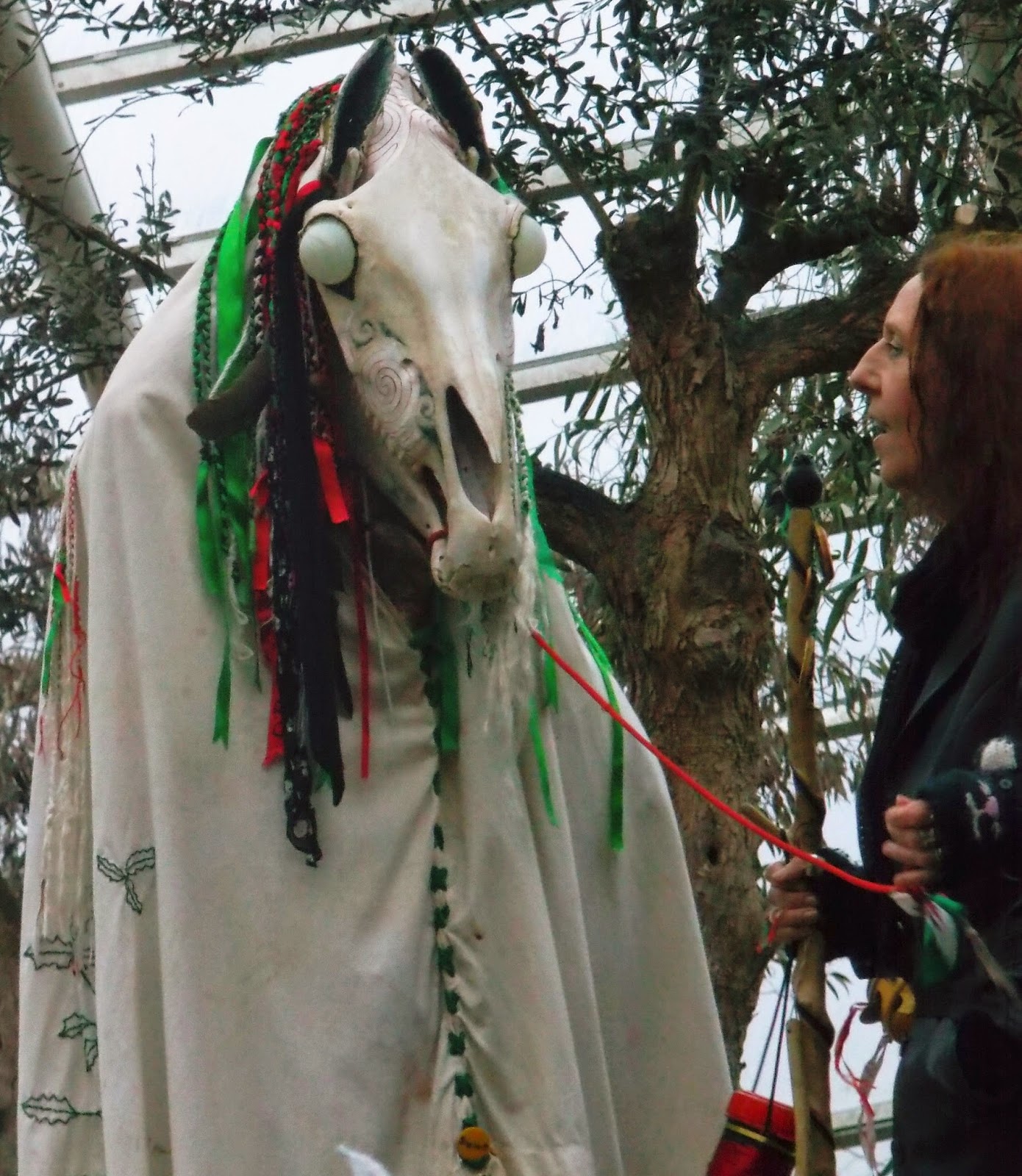 ...and a Winter Solstice visit to see the Mari Lwyd at the National Botanic Garden of Wales (where we also enjoyed a fabulous exhibition of Jackie Morris' paintings).
Posted by Moonroot at 2:34 pm 5 comments: 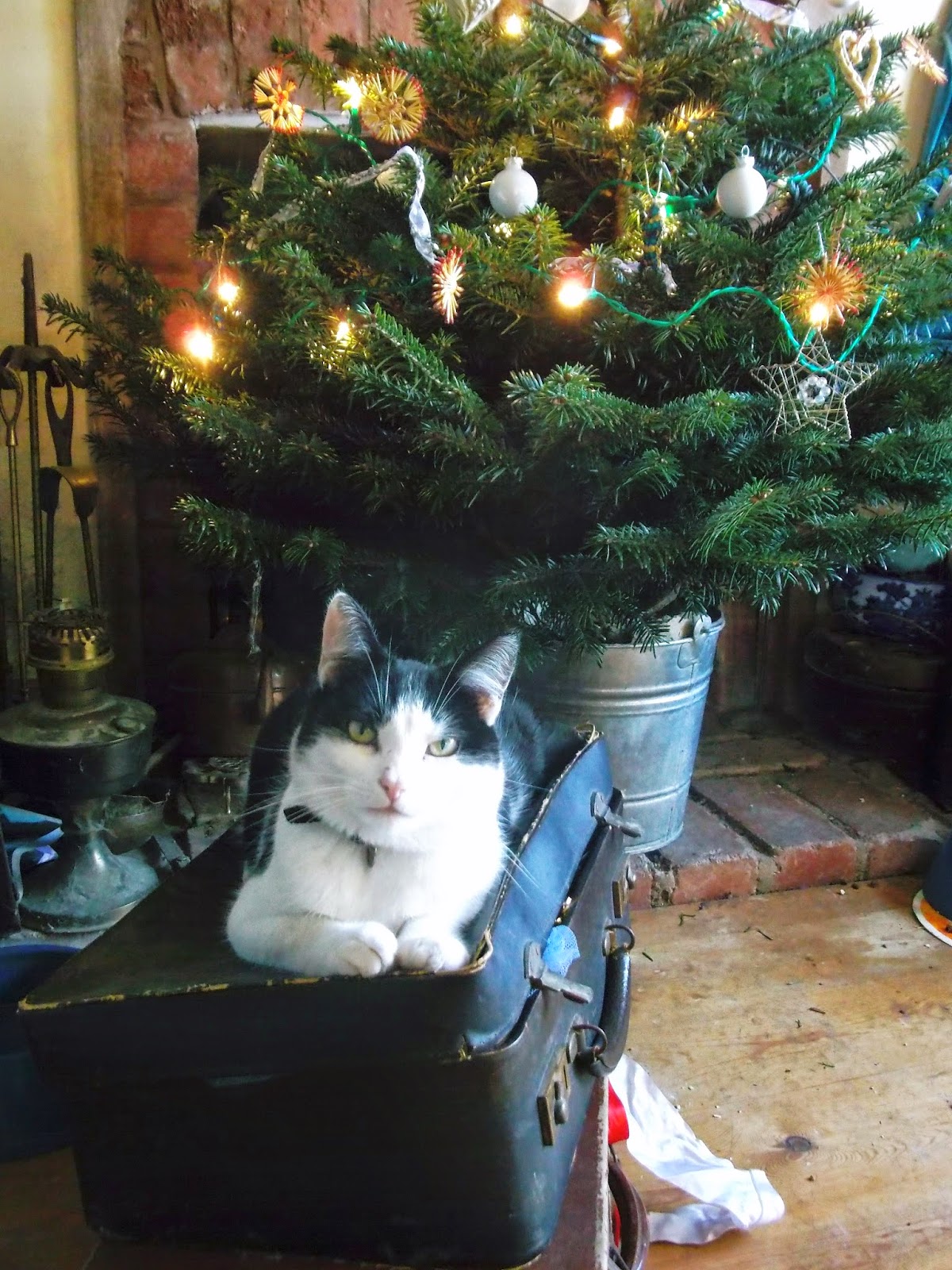 It has been a while since I posted. For a large part of last year I was beset by technical problems. My computer decided to deny me access to my photographs, and I could neither upload nor download photos. Hence most of the photographs in newer blogposts have been recycled from earlier posts. I couldn't even share photos of our new kittens (well, new in Autumn 2013) - be warned, that will soon be remedied!

Then my email vanished into the ether when my email provider was bought out by a bigger company who promised 'nothing would change' and then promptly disabled the service with no warning, explanation or apology. Then I managed to get locked out of my 'alternative' email address when it prompted me to change my password then steadfastly refused to recognise either the new or old passwords.

My misery was compounded when my broadband suddenly ceased working. This was complicated by the fact that the account was still in T's name, as it had been set up some years ago as part of a phone package he had bought. The broadband was free (this was when they were trying to get people to switch to broadband) so I hadn't wanted to rock the boat by changing the name of the account holder in case I would have to start paying. IB and I tried everything to fix the broadband before finally having to get T involved. He very kindly investigated for us, only to confirm that it had been disabled as that tariff (i.e. free!) was no longer available. So I then had to search for a new provider. I got one arranged, but a couple days before it was due to start, there was a big storm during which the house was hit by lightning. Luckily, there was no damage except for the phone line which was fried (no I can't believe it either). That took 3 weeks to get fixed.

All in all, it seems like events were conspiring to keep me away from my blog. So it has been a lo-o-o-o-o-o-ong time between posts. But it is a new year, I am back and will be hopefully making up for lost time over the coming weeks.

In the meantime, kitten pics!!! 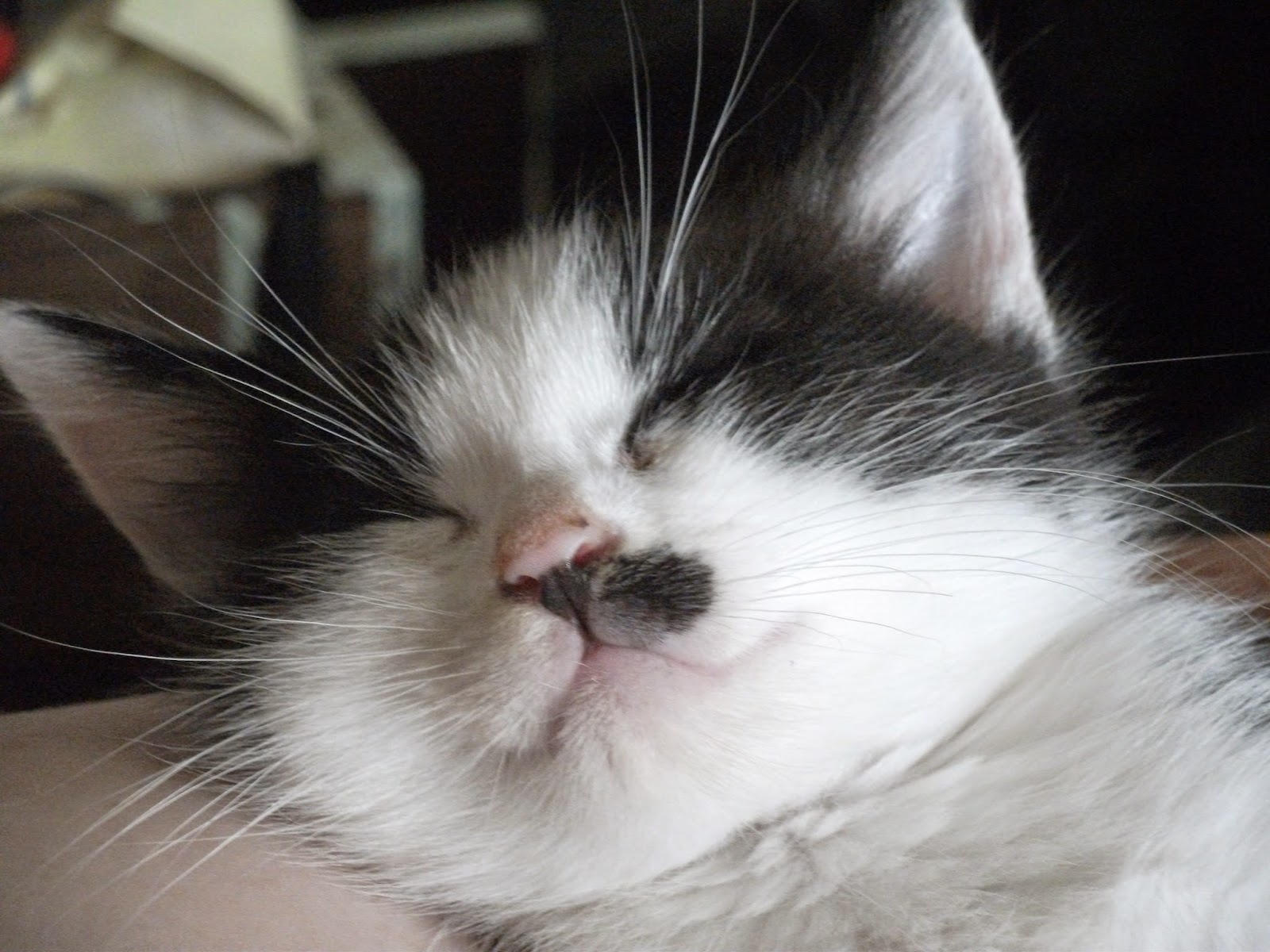 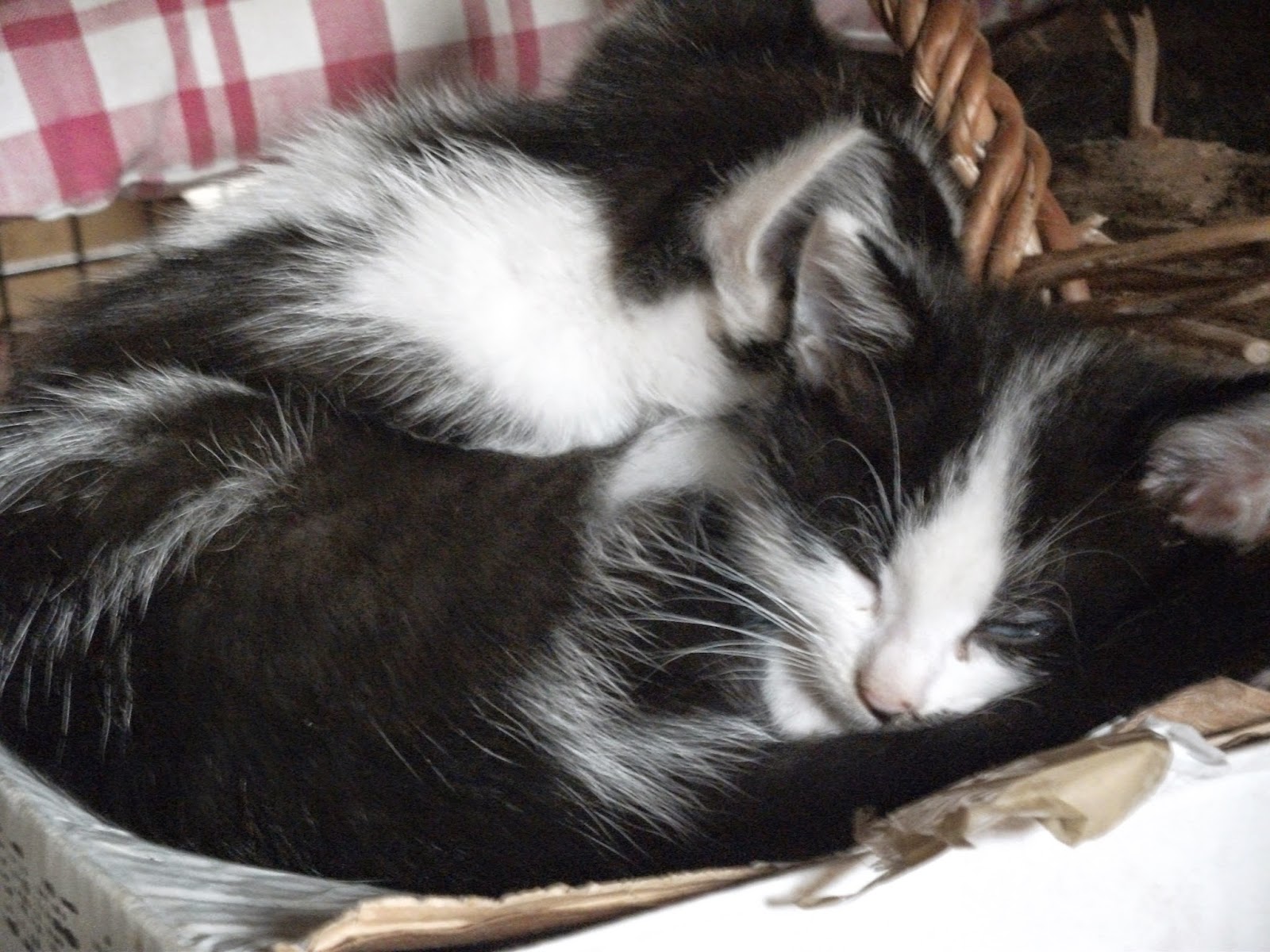 Despite being from different litters, Mandrake and Woodruff are inseparable 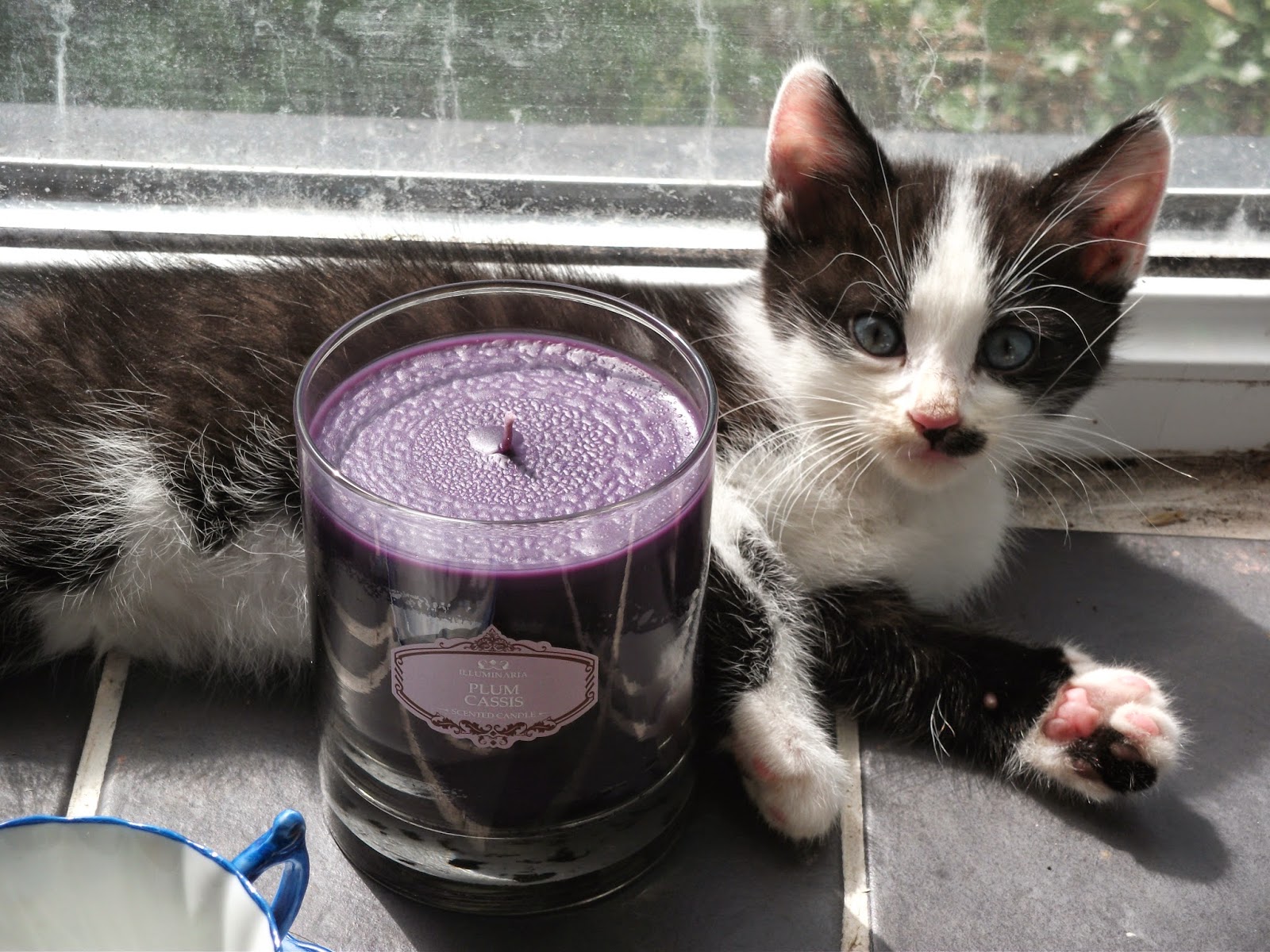 The candle is much shorter these days, and Woodruff is much larger! I will have to take a new photo for comparison. 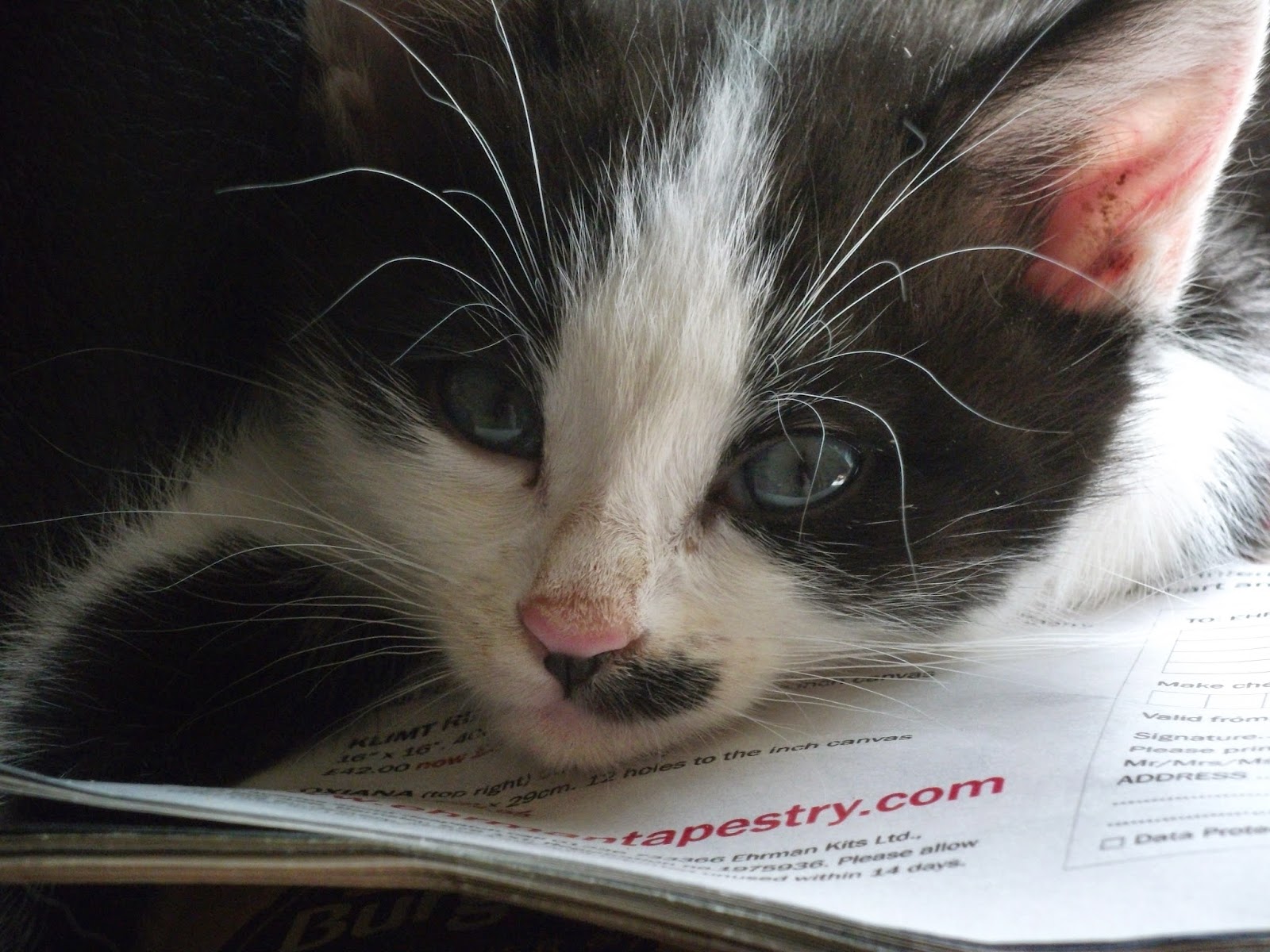 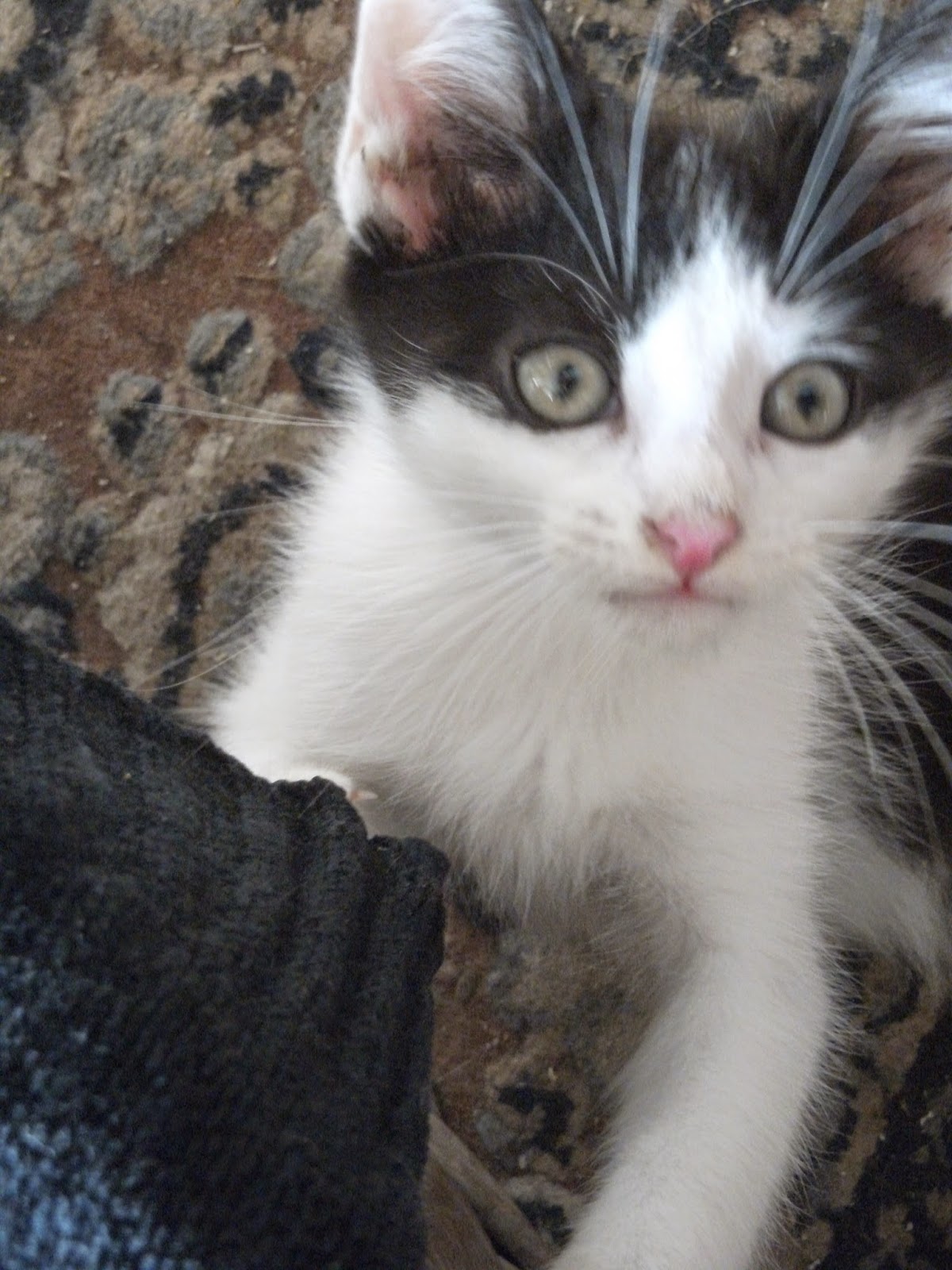 Mandrake is always in search of fun. 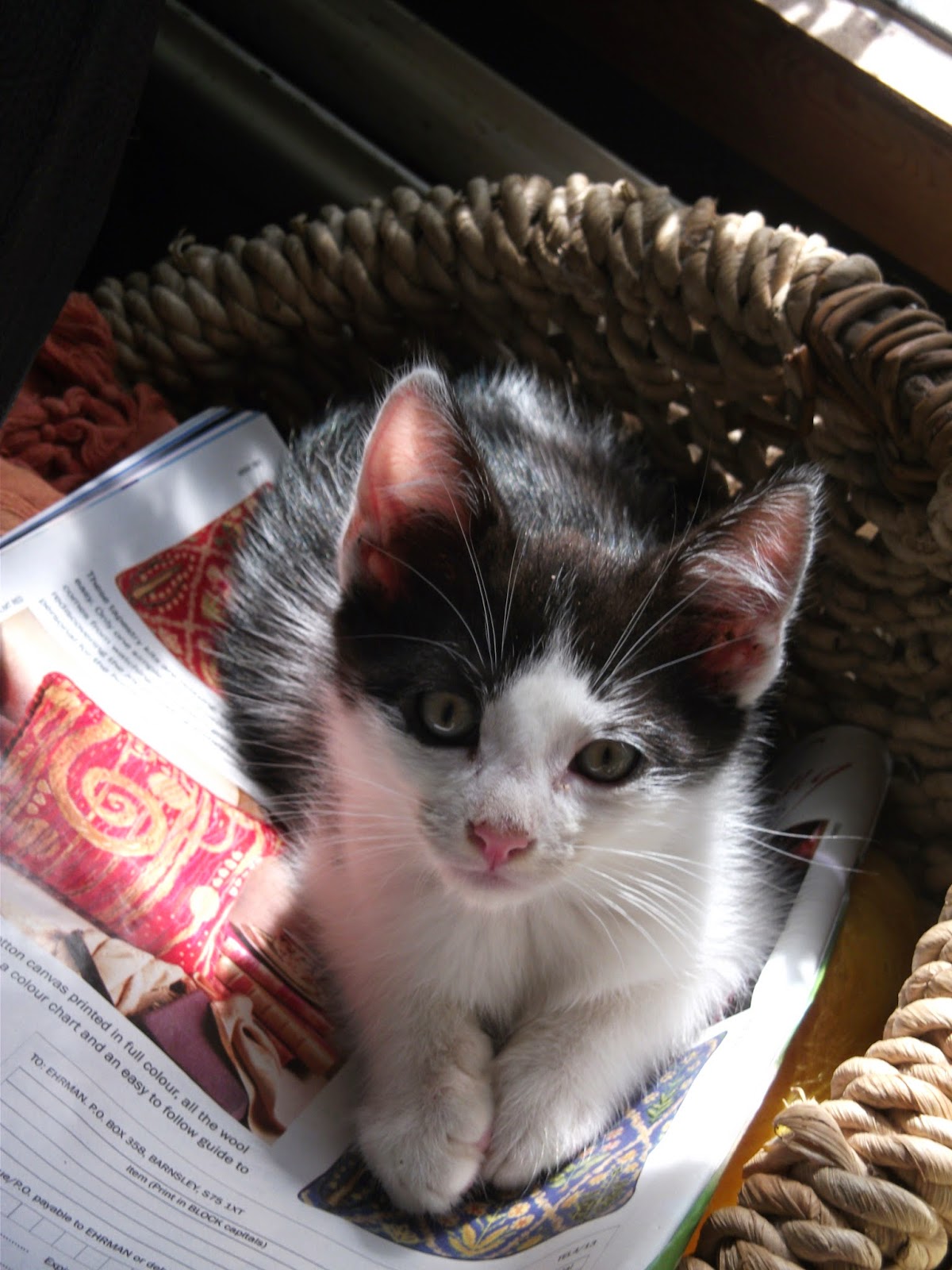 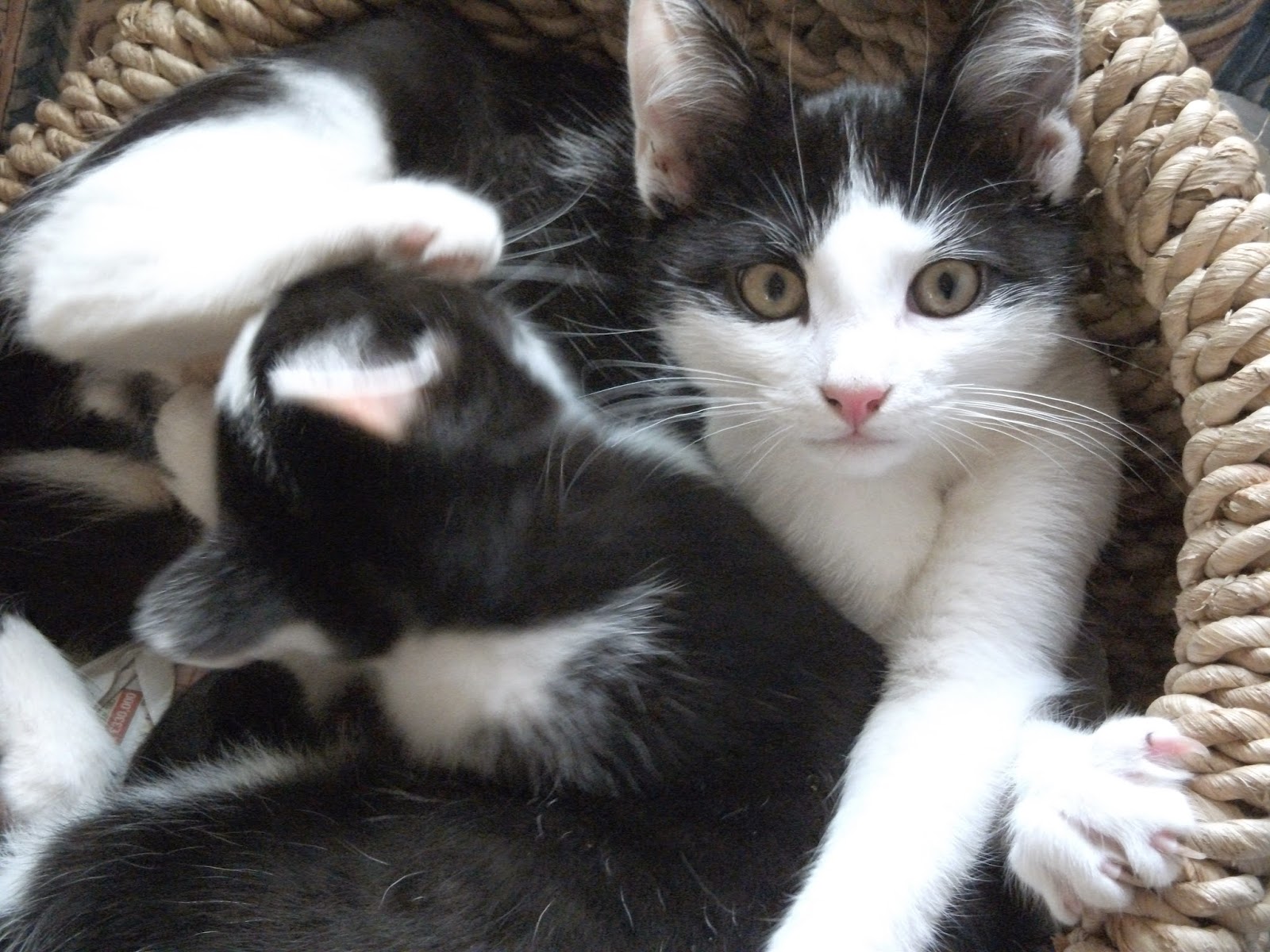 A bit older in this one.. 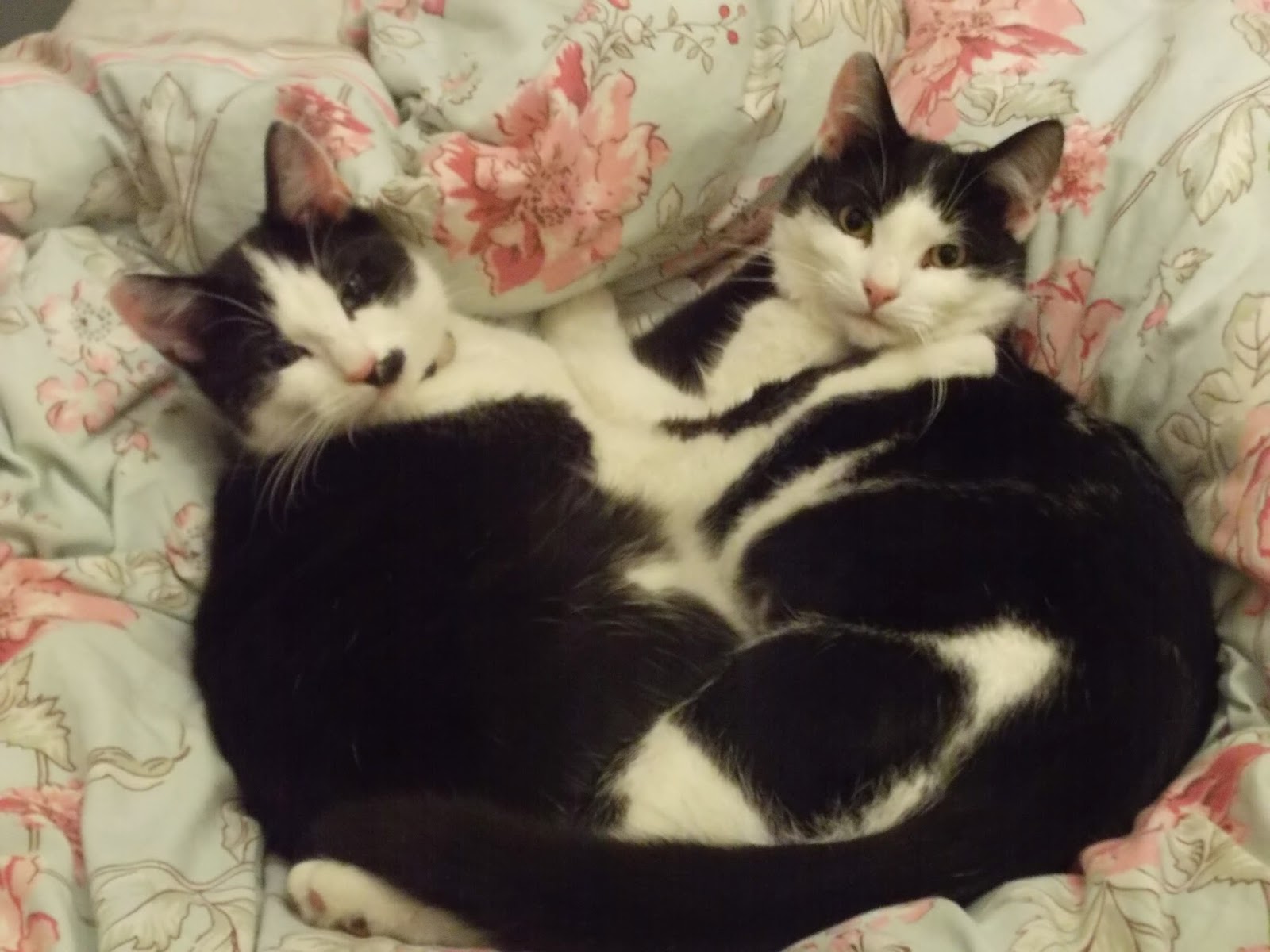 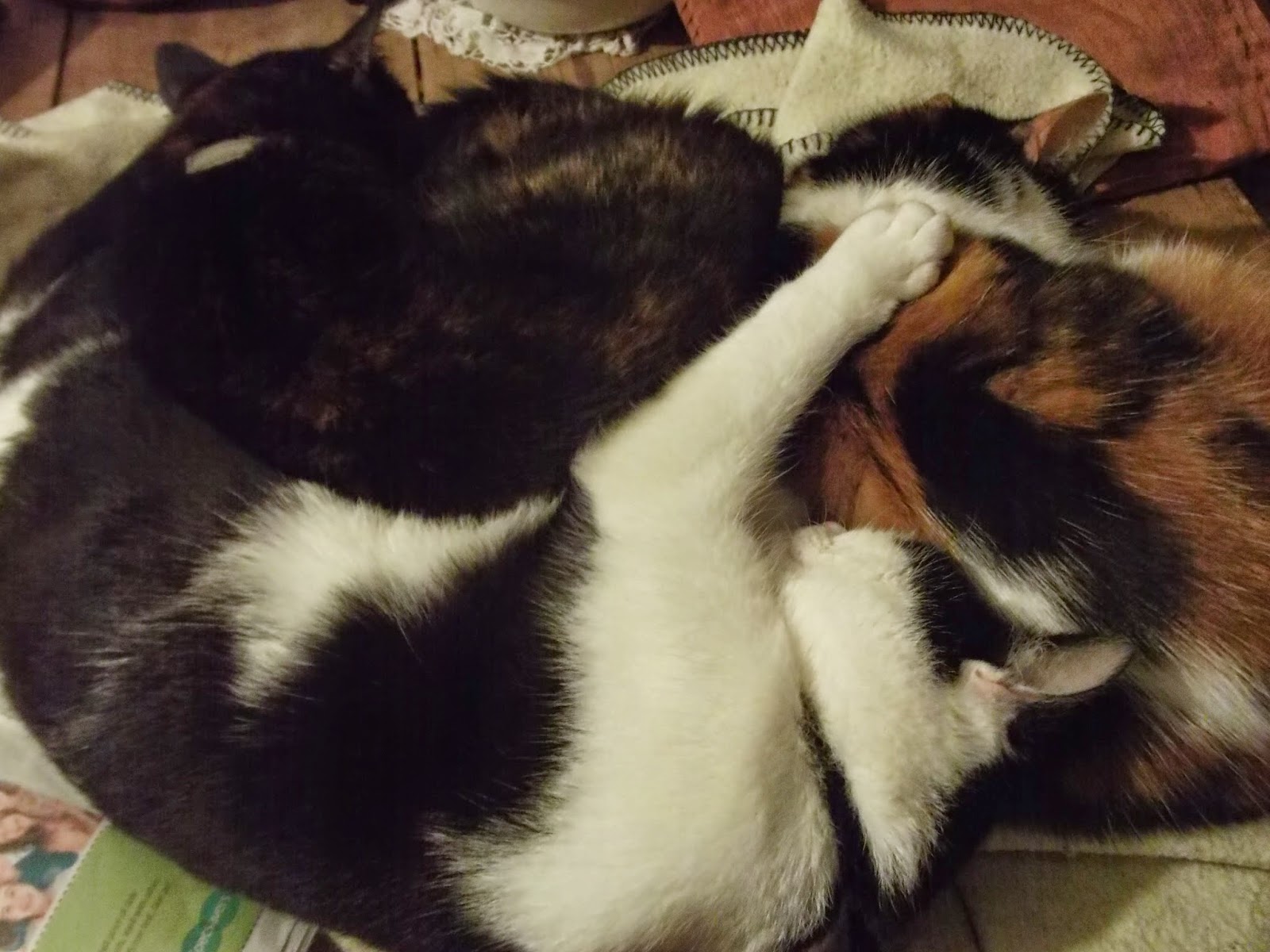 And as you can see, they have settled in well with the rest of the household... 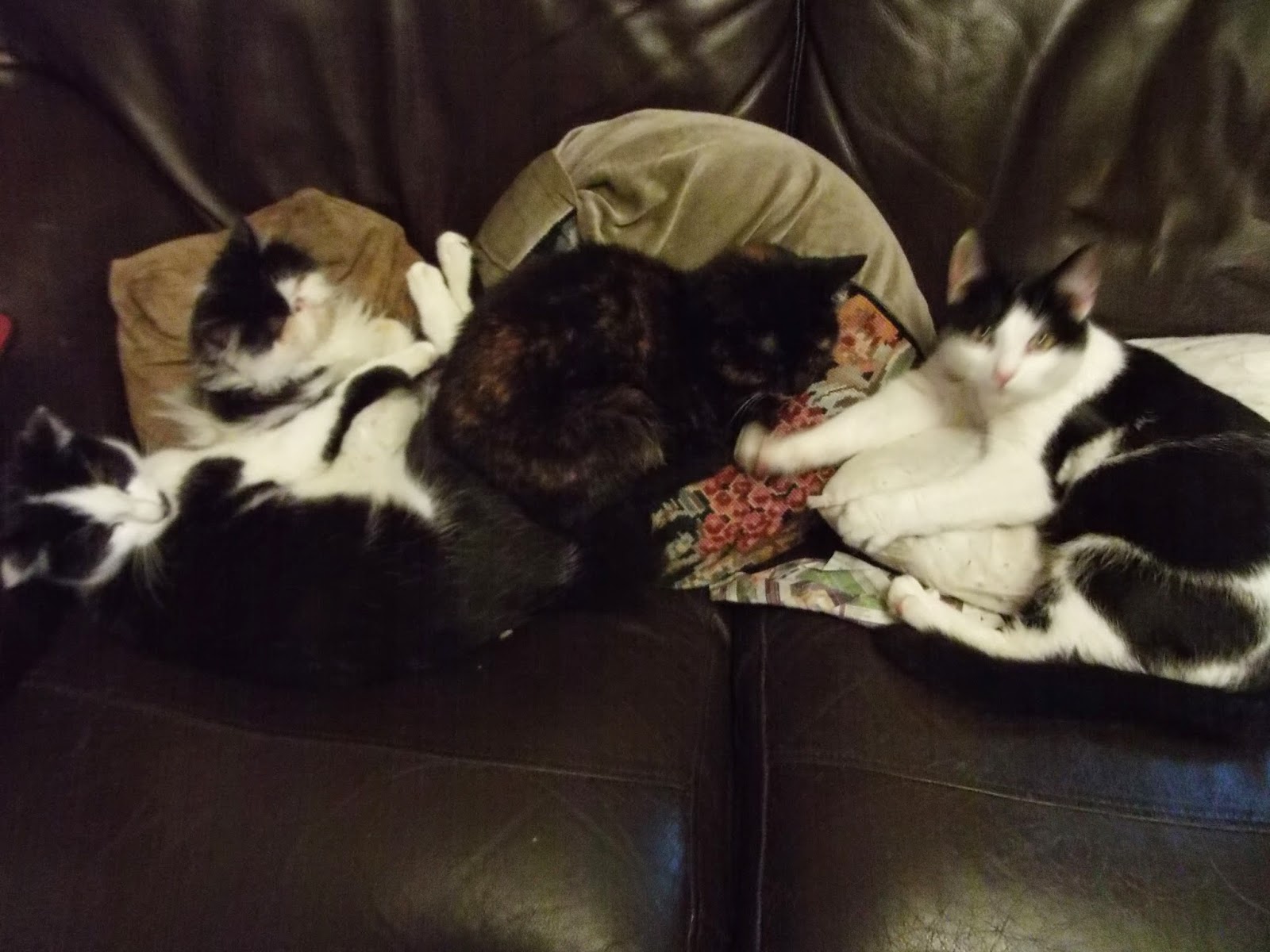 ...which doesn't leave much room on the sofa for the humans!