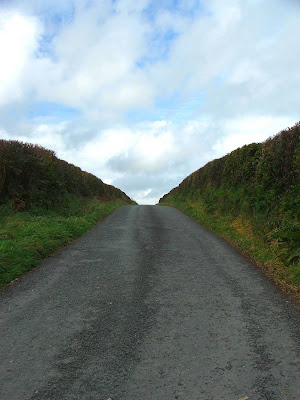 (The title of this post being part nod to the Tammy Wynette song, part acknowledgement that this is Big Stuff and hence deserving of capital letters.)
I feel a little tightness in my chest even now as I say it. Divorce. My divorce is finalised. I am divorced.
Don't get me wrong - I am glad it is finally over, able to see it as a new beginning, and perhaps a good thing for both of us. Yet still there is a sadness, a grieving for what has been lost.
I grew up with parents who had a stable, loving marriage, and that was what I expected for myself, and what in fact I thought I had. T and I were together for a total of 23 years and 2 months before he dropped his bombshell and left. I realised the other day that it was just over half my life. And as I had absolutely no clue about his infidelity until that fateful day, no wonder it knocked me sideways.
Yet in the intervening months I have begun to look more closely at the fault lines in the relationship, the ones I hadn't even noticed or hadn't considered problematic. Yes, we loved each other but there were also fundamental differences in the way we approached life, and what we thought was important. For me one crucial difference was that T hated to talk about his feelings and his unhappy childhood, even to me. In the early stages of our relationship I thought that eventually he would feel safe enough with me to share those things. Over the years that failed to happen and I began to tell myself that was just the type of person he was. I now believe if he had been able to talk about his feelings more openly we may have been able to negotiate a course around the obstacles that eventually derailed the relationship. But that is all academic now. What's done is done, and no doubt T has his own version of what went wrong and why. There are after all two sides to every story and no one person holds full responsibility for what happens.
Yet still... 23 years. A huge chunk of my life was spent with T and most of that time was good. That is what I grieve for, and plan to release - or at least begin to release - at this time of Samhain. A time of ending and new beginnings, a time when we enter fully into the dark half of the year, a time to turn inward, meditating on what has been and dreaming of what will be.
I can feel myself changing. I believe I am becoming more fully myself. I am accepting this end and grieving for it. But also knowing that each end is a beginning, I am moving forward into the next stage of my life, eager to see where this new road will lead me...
Posted by Moonroot at 9:01 am 11 comments: 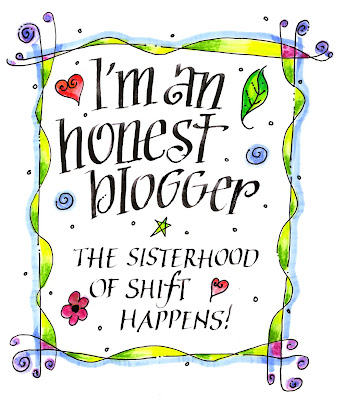 I am honestly honoured to find I have been awarded The Honest Blogger Award by Sue (aka The Purple Pixie) at her wonderful blog, The Creative Spirit. The award was ceated in response to Sue's post 'Telling It Like It Is'.

the Sisterhood of SHIfT HAPPENS!


For we are Warrior Women and we write not to please others, stroke our own egos or be judged, we blog because we care! Our blogs are our therapy, and through sharing SHIfT HAPPENS!

*********
I haven't Cut, Copied, Pasted, Deleted, or Added To Sue's words as I love them just as they are. I feel truly honoured to be included in such august company! Apparently I now also have the right to bestow the award, so I plan to be passing the baton very soon...