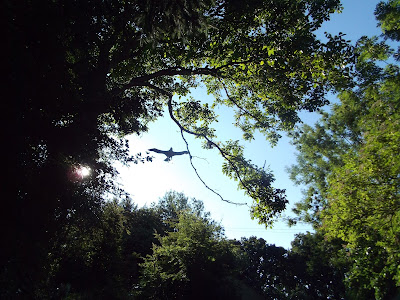 Oh dear. I really wanted to blog more regularly in 2015. Things went OK until June when life sort of... took over. 2015 was a good year for me, more or less. The downside of it was a lack of time and money. Up until the middle of the year, I wasn't by any means feeling wealthy but I had just about enough and was even paying instalments towards a late-summer holiday. And then I was suddenly struggling. In a short period of time I lost two clients who no longer needed my services due to changes in their circumstances, and at the same time got hit by a couple of unexpected bills. All of a sudden I was no longer floating along serenely, I was struggling to keep my head above water, sinking lower and lower each month. Luckily, the story has a happy ending. My lovely sister (with whom I was going on holiday) lent me the money I still owed on the trip until such time as I could pay her back. And I managed to find a new job, working a couple of days a week in a jewellery shop (which I love). It was still a difficult few months as I was working three jobs over a six day week without much to show for it except exhaustion and a gradual easing of my debts. At the same time, IB was having employment dramas of his own and we were seeing very little of each other. I am happy to say though, that I am now solvent again, both job situations have settled and I have managed to re-jig my working week so that I get two whole days off. The storm has abated and we are back on an even keel - for now, anyway!

But those were the difficult times. In between them 2015 gave me many beautiful experiences and memories, lots of good times with the people dearest to my heart and also new and wonderful friendships. Which is really what I wanted to come here and write about...

Some of the highlights for me were finally reaching what has often seemed like the very distant shore of 'Acceptance' following years wading through the swamps of 'Denial', 'Bargaining', 'Anger', and (seemingly interminable) 'Grief' caused by my divorce. Yes, to anyone making this journey themselves, you will get there in the end. I promise.

Then there was my magical trip to Glastonbury in the spring.

In June by pure chance I ended up making a visit to the beautiful Rheidol valley, which just happened to be one of the rivers featuring in the folktale we were due to work with at Dragonrise Witchcamp later in the summer. The weather was perfect, the river was beautiful, but more importantly what I learnt about the river that day ended up being an important part of the work we did at camp. Such wonderful serendipity! 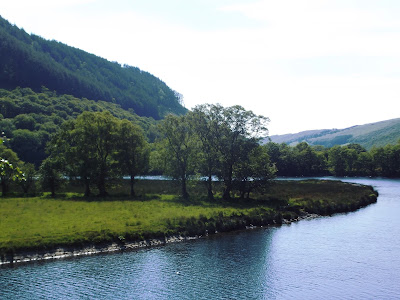 Trip to the Rheidol Valley

Dragonrise itself was fabulous. I should have written a whole report as soon as I got back, but the notes I jotted down to recall the 'flavour' of camp after returning will have to suffice:

Dragonrise
The sound of children laughing under the oak tree.
The swell of grief for the rivers.
Butterflies in the meadow by the stone circle.
The serenely flowing brown Borle Brook.
The fey whispering, bubbling in the woods.
Talking, crying, laughing, dancing with Rheidol; picking wildflowers with Her.
Making magic potions.
Singing, singing, singing.
The dance of the Salmon.
The Rivers and the Mountain.
Owls and woodpeckers and swallows and buzzards.
A river of stars in the night sky.
A circle of smiling faces in a fairy-lit yurt.
Extraordinary magic.
"The sun is shining... I'm so sexy! this is my tree!" (translation of birdsong!)
Holding space, drumming a heartbeat while the magic swirls around us.
The moon through the trees.
"The journey doesn't end when the river meets the sea" 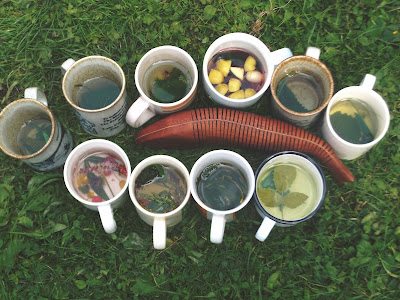 At the end of September, we took our much anticipated holiday to Gozo. I fell in love with the place. It's kind of wonky and quirky with a definite attitude of 'manana', but that fitted perfectly with my desire for a laid-back, relaxing holiday, which was exactly what we got. There is also a sense of timelessness from the ancient land beneath your feet, a sacred, magical place... I cannot put it into words. Victorian nonsense-poet Edward Lear also gave up, describing it as "pomskizillious and gromphiberous, being as no words can describe its magnificence". The Arabs named it 'Ghawdex' which means 'joy'. And I jotted down a few more notes which tried to capture the essence of the place: 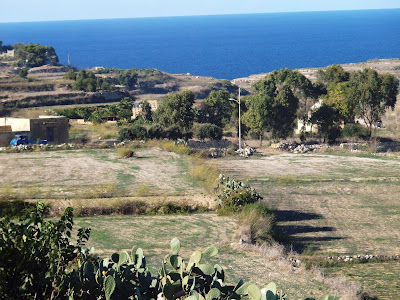 Other highlights this year have been lovely birthday celebrations with friends and family, a trip to Kent to stay with my sister, making new friends, a wonderful extended Christmas with the family and the addition of two kittens to the household, now taking the feline headcount to six. I am definitely becoming a mad cat lady!

Today, I'm counting my blessings again. Each year is different, some easier, some harder. On balance my 2015 was one of the good ones, the struggle outweighed by the serendipity. Thank you and farewell 2015, and welcome 2016. I wonder what you will bring?