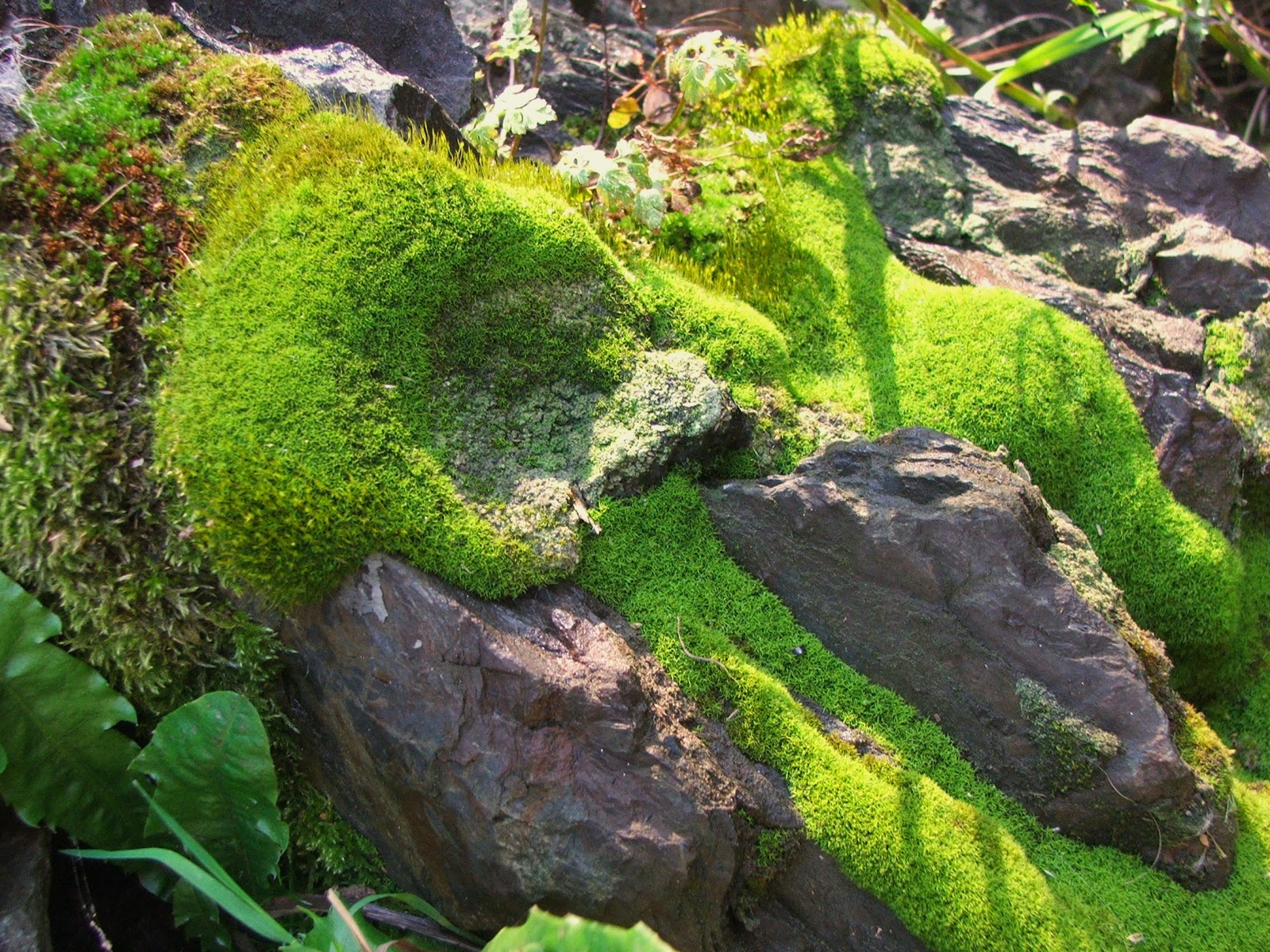 Chopping wood in the sunshine while the kittens play tag.

Watching the chickens through the kitchen window while I wash the dishes, elbow deep in suds.

The smell of woodsmoke from the range, sweetened by the hyacinths on the windowsill.

Upstairs, the older cats sprawl in patches of sunlight on the bedspread.

Snowdrops and crocuses brighten the world. There is birdsong.

Water drips from the roof. It will rain again soon.

Time for another cup of Earl Grey. Then lunch. Then off to work.

Today is unique, yet full of the familiar. Today is a day like and unlike every other day. Today is the one and only today. Just like yesterday, and tomorrow, and all the days to come...

Sun and Rain, Hope and Sorrow at Imbolc 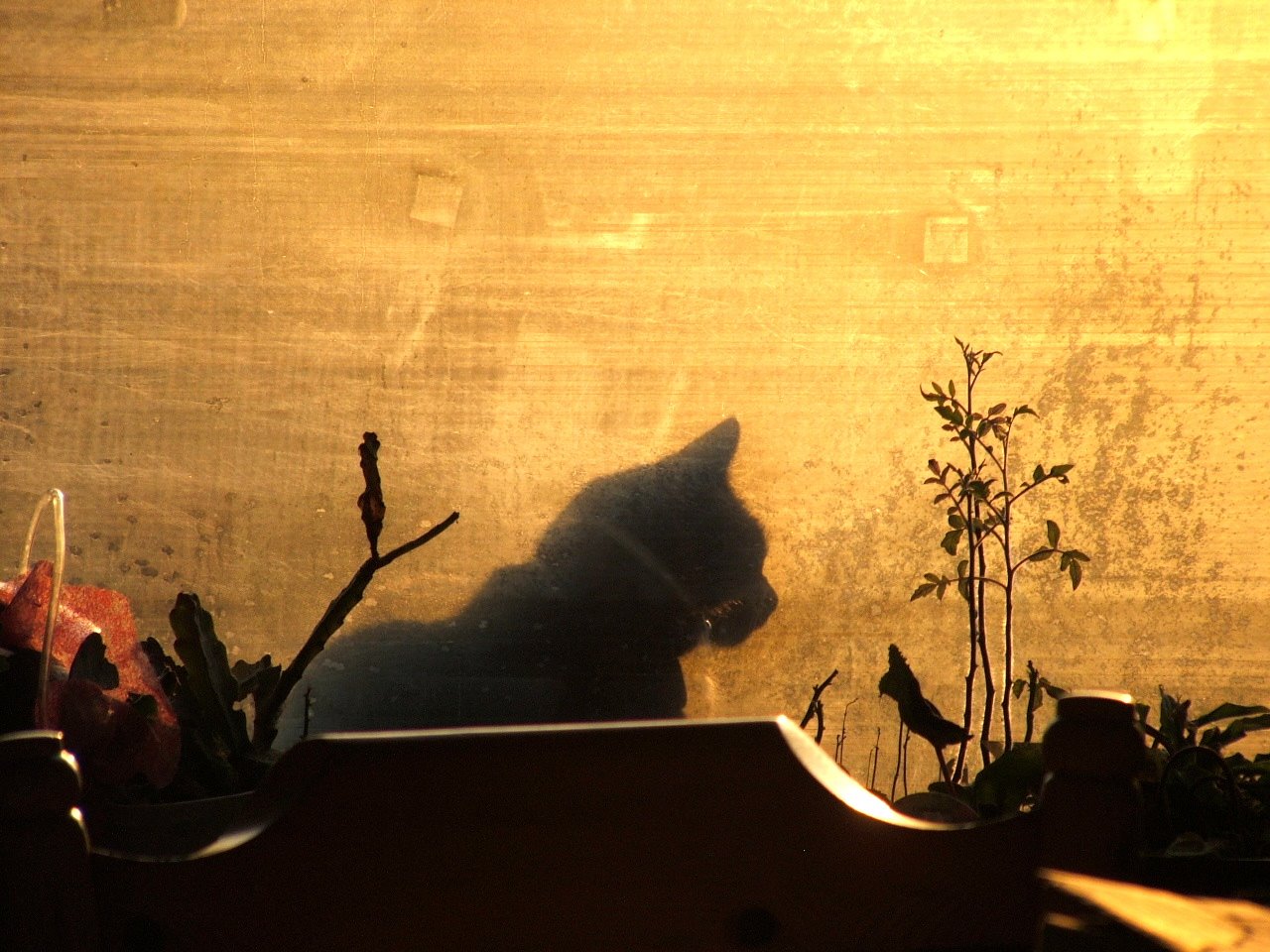 Sunday 2nd February
After seemingly endless weeks of wind and rain, the morning of Imbolc was calm and bright. I donned a waterproof jacket and packed a small rucksack with a bottle of water, some snacks and a torch, just in case. I was on a mission.

Two days earlier, our two kittens, Mandrake and Woodruff had gone missing. We were beside ourselves with worry. Although by now 6 months old, it was very unusual for them to disappear for any length of time. And with the weather being so awful it didn't seem likely they were off adventuring when they could be warm and dry by the fire and the food bowl. We spent all day Saturday searching and asking neighbours to check their garages and outbuildings, but without any luck. We ended the day despondent and worried the boys may have been taken by someone. It seemed unlikely, but as they had both disappeared at the same time it seemed a possibility.

On Sunday morning - Imbolc - however, that possibility seemed remote, as Woodruff returned. Unfortunately he returned alone. After some discussion, we decided that IB would continue searching the immediate area around Halfway Up A Hill, while I would walk a circular route around the valley, calling for Mandrake in hopes he had merely wandered off away from familiar surroundings and got lost in the area.

Although there was a light shower of rain as I left the house, by the time I had walked to the end of the lane and begun climbing the first hill, the sky was blue and the sun reflected dazzlingly off the wet road surface. At the top of the first hill I had to stop to take off my rainproof jacket. Everywhere there was birdsong and the sound of running water. It felt like spring. Where the hill levelled out, water running off the fields covered the road and even the grass verges, and I had to tiptoe like a tightrope walker along the centre of the roadway where the water was shallowest in an attempt to keep my feet dry.

As I walked, I called 'Mandrake! Mandrake!' hoping each time that I'd catch sight of his sweet, quizzical face peering from a hedgerow or thicket, but instead I was regarded only by stoical sheep and scornful crows.

Pausing every now and then, I listened intently for an answering miaow. Sometimes my ears would catch a faint sound and I'd freeze, listening hard, only to realise it was not a cat's miaow but the mew of a buzzard, not the chink of the bell on a cat collar but the dripping of water down a drain.

The road dipped down again into a shady, steeply moss-walled part of the valley where cascading waterfalls hurled themselves into the river below. By the time the road turned back uphill again and I emerged back into daylight, thick grey clouds were threatening the sun.

'Mandrake! Mandrake!'. No sound, save the outraged barking of a distant farm's dog, and the harsh 'Cronk! Cronk!' of courting ravens wheeling in the sky above me.

As I took the turning that would allow me to cross back again to 'my' side of the valley, the horizon turned misty and I hastily pulled on my waterproof jacket, knowing the rain would soon reach me. It did, propelled almost horizontally by a sudden, fierce wind. I sheltered under some evergreens by a thick hedge but even so I was thoroughly soaked by the time the squall had passed. If Mandrake was around I hoped he was sheltering somewhere out of the elements.

The sun and blue skies and birdsong returned so astonishingly quickly that only the clamminess of rain-soaked denim against my legs confirmed that I hadn't in fact imagined the storm.

Another turning took me that little bit closer to home and my heart quickened. Surely this was where I'd find him. Close enough to home to be feasible, far enough away for him to have got confused and lost his bearings.

'Mandrake! Mandrake!'. But still nothing, and my pace began to slow as the possibility that I may not find him after all started nibbling at the edge of my mind.

Downhill again, this time to the little chapel by the river. Now I was feeling anxious. What if I didn't find him? What if he wasn't just lost somewhere nearby?  Unpleasant possibilities began to seem frighteningly more likely.

Just the other side of the chapel in a sheltered spot I came across a bank of snowdrops, the first I'd seen. I remembered an old tale that if you 'rang' the bell of the first fully open snowdrop you saw, Brigid would grant your wish. I said a little prayer to Her, thanking Her for Her gift in this sacred place of bubbling springs and rushing water, and 'rang' a snowdrop, praying for his safe return. Then another, and another. Please, Brigid, please. Let him come back to us.

Back up from the valley floor on the road that leads to the ridge of the hill. Slower and slower now. I don't want to return without him. I don't want to allow the possibility that Mandrake may never return. Up along the ridge. Surely from here, he will hear my voice and come running. But he doesn't come, and now all I can do is begin descending back down from the top of the hill to Halfway Up A Hill.

I return alone, face streaked with more rain. Rain and tears. Where is he?

By Wednesday IB and I are depressed and exhausted. We have run out of places to look, people to ask for help. Neither of us have slept properly since Friday night, tossing and turning and fretting through each night, rising to fresh disappointment each morning.

We return from work and sit in disconsolate silence sipping tea at the kitchen table. Woodruff miaows and I turn to tell him to hush. And realise it is not Woodruff miaowing at all. It is the cat at the catflap, the cat miaowing to be let in. The cat who is Mandrake.

And then he is in, he is back, and we are all falling over each other, cats and humans alike in a frenzy of joy at this longed for yet unexpected reunion.

He is starving. He wants food and cuddles and cuddles and food. Woodruff jumps all over him in excitement at getting his brother back. We laugh, and cry, and laugh again, and shower him with kisses.

He is back, tired and hungry, but he is safe and he is home. I could ask for nothing more. 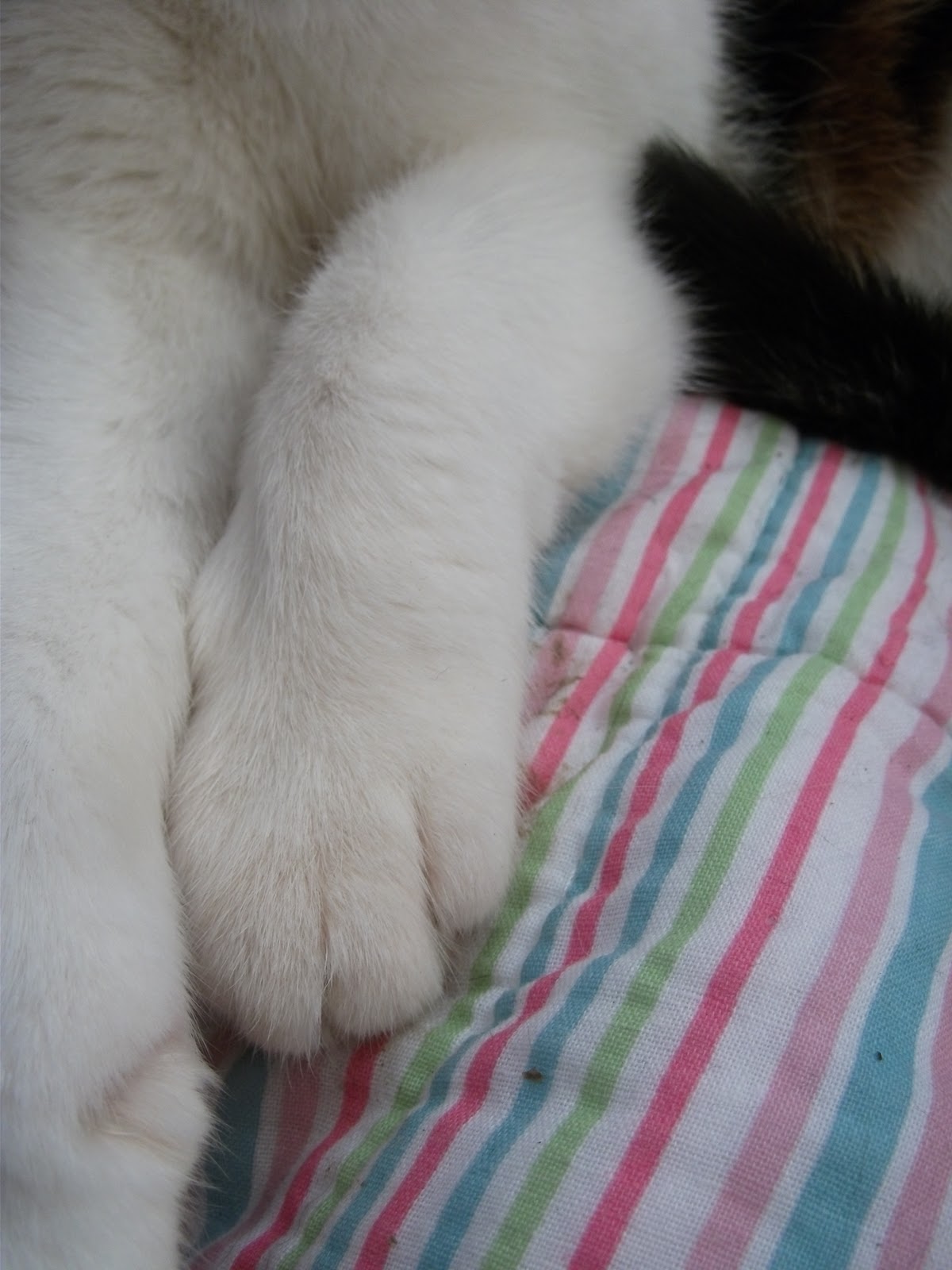 Posted by Moonroot at 9:58 pm 5 comments: Links to this post 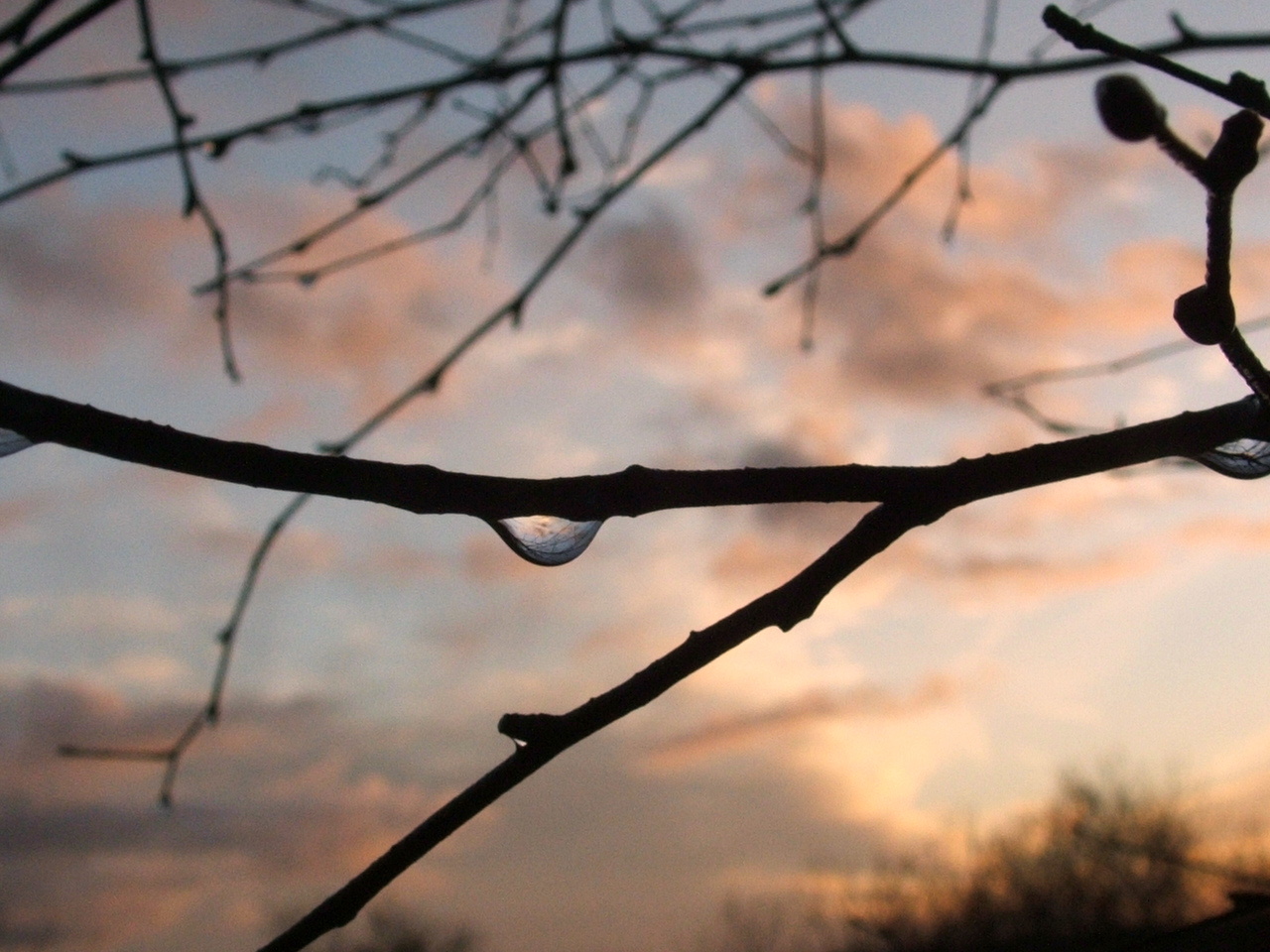 The February issue of Pagan Pages online magazine is now available. You can find my 'Tree of Life' column here.

Posted by Moonroot at 11:19 pm No comments: Links to this post

Moonroot
Halfway up a Hill, Wales, United Kingdom
A home-loving Cancerian witch trying to live lightly on the earth in wild West Wales. My glass is usually half full (metaphorically speaking!). Find me on Facebook: https://www.facebook.com/susan.moonroot

Reclaiming Voices (Latest Blog Entries from around the Reclaiming Community)