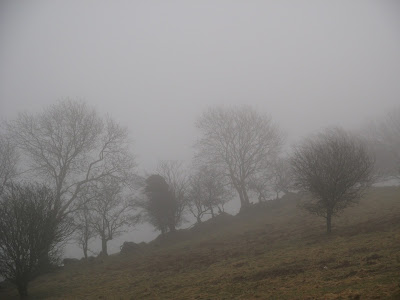 "If March comes in like a lion, it will go out like a lamb" - traditional weather prediction

March this year has definitely come in like a lion. With Storm Freya snarling outside, we are content to cwtch up at home today. Snug in my cosy sheepskin boots and an oversized slouchy jumper, I've been pottering around the house catching up on chores and making soup. Yes, it's definitely a soup kind of day - but it's not just the weather that inspired me. As spring arrives, so do the first new nettles of the year and soup is a great way to make use of them.

Nettles have a long association with people. The plants tend to prefer nitrogen-rich soils, so often thrive where human activities have enriched the soil. They appear in such folk tales as The Twelve Wild Swans, where the heroine has to make shirts from nettle fibres to release her brothers from an enchantment. The story reflects the fact that nettle fibres were often used to make a linen-like fabric in the past. They have long been an important food source, and to this day are a great free food for foragers, being a plentiful weed in most locations. They're also full of vitamins and minerals (including beta carotene, vitamin C, vitamin E, vitamin K, calcium, iron, phosphorus and potassium) and were traditionally eaten as a spring tonic.

If you haven't cooked with nettles before, rest assured that cooking them completely removes their sting. You will need gloves to pick and prepare them though - I usually wear rubber gloves and use a pair of scissors. Choose nettles from a spot away from traffic, and concentrate on picking tender young tops as the stalks can be stringy. Rinse them thoroughly in cold water before use. Like spinach, they will reduce right down in volume once they're cooked.

If you fancy giving it a try, here's my nettle soup recipe:

Method:
Gently fry the onion in the oil and butter until soft and translucent. Add the potatoes, carrot, nettles and leek if you're using it. Stir well and cover with the vegetable stock. Bring to the boil and then reduce to a simmer, stirring occasionally until the vegetables are tender. Add the parsley towards the end of cooking. Remove the soup from the heat and using a blender, reduce it to a smooth consistency. Check the seasoning and adjust if necessary, and swirl through the cream before serving.