Lessons From A Cherry Tree 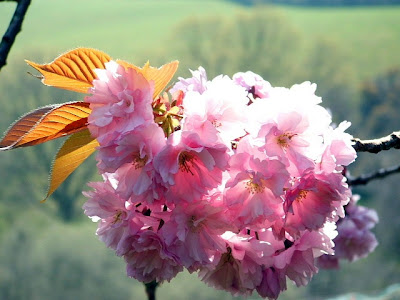 From the bedroom window I can see petals falling. With every shifting breeze, a gentle shower of shell-pink confetti rains down. How gracefully the flowering cherry tree relinquishes her spring finery, a little at a time, like the slow ebbing of a tide.

No regret, no clinging on to past glory. No resentment, no cutting-off-your-nose-to-spite-your-face wholesale dumping. Just a gentle shedding, releasing what no longer serves easily, willingly, naturally, open-heartedly.

I know that only change is constant, yet in my own life how often do I cling to what is outmoded because it's familiar? How often do I hang on to possessions I no longer need 'because it may come in useful one day', or because Great Aunt Mabel gave it to me and I feel guilty for not actually wanting it?

Someone once told me that a leaf only falls in the autumn when the bud of next year's leaf has formed below, ready to unfurl in the spring when conditions are right.

Am I preventing new growth in my life by clinging onto the past?

May I be like the cherry tree. Able to sense the shifts and changes in my life and move on without regret.
Posted by Moonroot at 8:49 am 5 comments:

My Lawn is Full of Dandelions 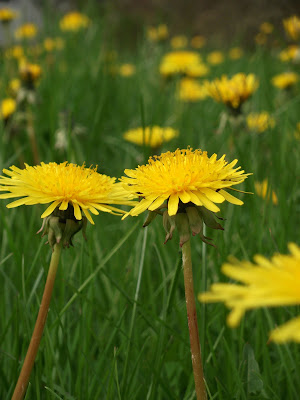 My lawn is full of dandelions.

Glowing in the sunlight, shivering in the breeze. My lawn is full of golden treasure...

The lawnmower died last summer, and the once-tidy green expanse outside my window suffered a series of disastrous patchy scalpings for the rest of the year as I struggled to tame it with the strimmer.

This spring I have not yet cut the grass, which has suddenly spurted into growth. It is beautiful, lush, green - thick with dandelions, daintily dotted with lady's smock and nodding cowslips.

My neighbour used to wage war on dandelions each spring, pulling them up and chopping them down in a furious and futile battle to contain their exuberance and stop them spreading little parachute-puff seeds far and wide.

My neighbour passed away. The dandelions nonchalantly survived her feverish assaults and have spread with joyous, reckless abandon.

Now bees bumble contentedly as they feast on the abundant, incandescent blooms, and swallows swoop, chattering gleefully in the blue spring sky.

I put the strimmer away, unused for another day, and go to lie among the dandelions in the warm, damp grass.
Posted by Moonroot at 8:59 pm 10 comments:

A Mediterranean Climate in Wales

A couple of weekends ago, IB and I visited the National Botanic Garden of Wales, at Llanarthne near Carmarthen. Tucked away in the rolling hills of Carmarthenshire, this family friendly attraction is the most visited garden in Wales and has won a host of awards including Best Children’s Garden and Best Afternoon Tea. 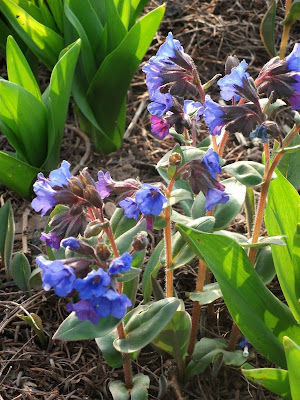 It was a glorious, sunny spring day and the gardens were filled with spring flowers. Although the gardens are only just coming up for 11 years old, it is amazing how much there is to see. The jewel in the crown of the gardens is the Great Glasshouse, the largest single span glasshouse in the world. This houses a spectacular array of plants from regions around the world which enjoy a Mediterranean climate with hot dry summers and cool, moist winters. Plants from California, Australia, the Canary Islands, Chile, South Africa and the Mediterranean Basin are grouped in naturalistic plantings. Many of these plants are now threatened in their native habitats, and the Great Glasshouse is dedicated to their conservation. The windows of the glasshouse are controlled by a computer, opening and closing to keep the correct climate inside. The local birds have caught onto the advantages of being able to enter and leave the large, mild, climate-controlled environment at will, and the space is enlivened by their presence, perched in the branches of exotic trees and shrubs. And no doubt Dr Who fans will love the fact that the great glass house was used to film an episode of the popular series! 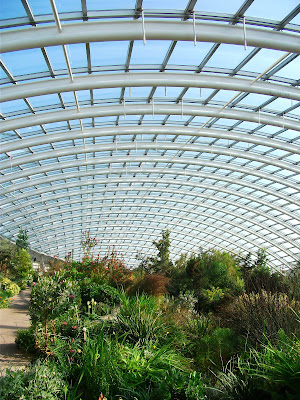 The National Botanic Garden of Wales is not only the most visited garden in Wales, it is also at the cutting edge of biodiversity studies. The current science programme focuses on conserving biodiversity in the UK. The Barcode Wales project, for example, will DNA barcode all the native plants of Wales. The barcodes can then be used in biodiversity conservation projects. In addition, the Welsh Rare Plants Project is conducting essential research in order to conserve some of the country’s most threatened species of flora.
The Garden also has great eco-credentials, using a reed bed system to deal with its sewage, building a greenhouse from plastic bottles, powering its land train with bio-diesel, and keeping rare breed sheep and cattle on a nature reserve. We loved the plastic bottle greenhouse and may emulate it if we can collect enough! 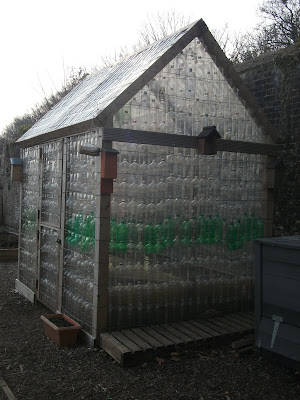 There's plenty for kids too - a 'Roots and Shoots Adventure Zone' (a willow play area with slides, climbing frames, tunnels and musical blocks), seasonal family activities (see the website for details) and weird and wonderful exhibits such as the biggest single span glasshouse in the world and bizarre plants that smell of toffee, chocolate and curry. When we visited there was a really interesting special exhibition on fungi, including a forest of giant mushrooms, which kids would have loved! 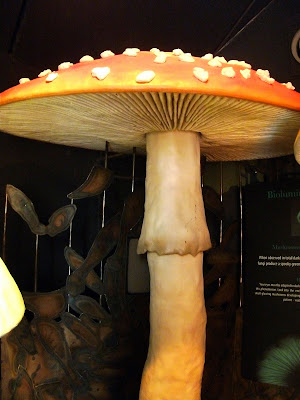 My other favourite parts of the garden include the gorgeous walled kitchen garden (envious sigh!), the herb garden and herb exhibition (which includes a replica old Victorian pharmacy), the truly beautiful and inspiring sunken bog garden (despite its unpromising name) and the bee garden which includes a hive webcam so you can see the bees in action from a safe distance! 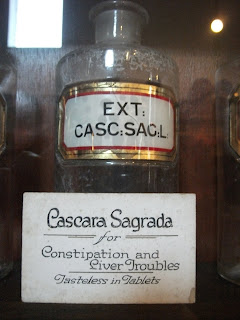 All in all, I thoroughly recommend a visit to the gardens next time you are in West Wales.
Posted by Moonroot at 9:18 am 6 comments: