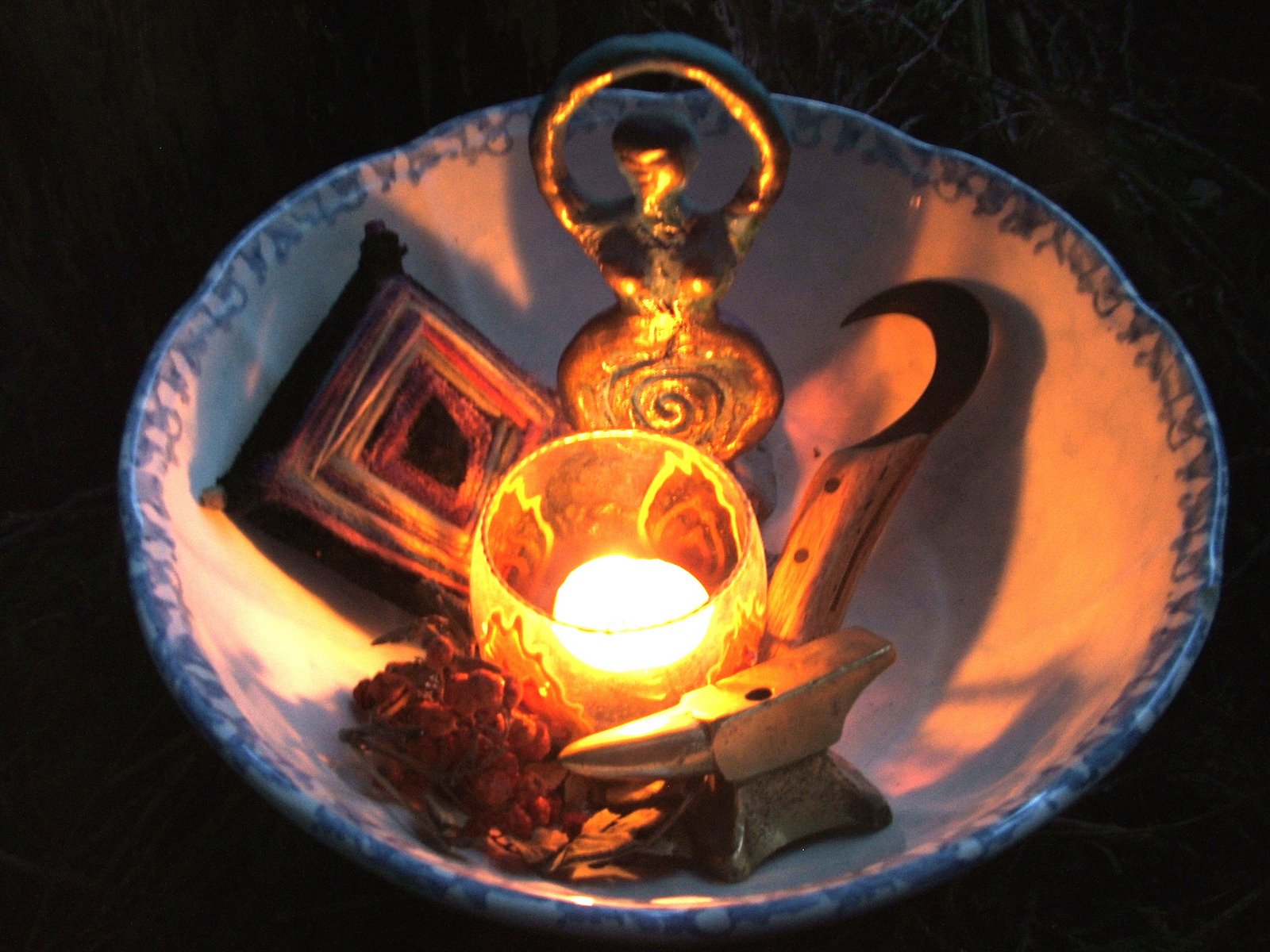 I have attended, helped to organise and co-taught at Avalon Witchcamp (latterly Avalon Spring Witchcamp), since 1998. Today I am saddened to be posting that we are at the end of an era. Avalon Spring has come to an end.

I loved Avalon deeply, have had some life-changing experiences there, met wonderful people and learned so much. I am deeply saddened at the loss of this event, yet I know that things must change and move on, and Avalon Spring seems to have reached an end point. I am also glad that there is an alternative British Witchcamp, Dragonrise, where the British Reclaiming Community can continue to meet and grow.

Below is the statement issued by the organising team:


Dear British Reclaiming Community,
We (the organising team for Avalon Spring) regret to announce that there will not be an Avalon Spring Witchcamp this summer or in our foreseeable future. After 16 years, Avalon Spring organisers have taken the decision to end their work of running an Avalon Spring Witchcamp. The cancellation of the 2012 camp left Avalon Spring without any 'seed money' to finance another event, and in addition the current organisers all have various time, health, finance and work circumstances which have led to the decision. This leaves a clear magical space for any others to offer their time and energy to the challenge if they so wish. We hope that others may feel inspired to take up the mantle of another witchcamp as an event that belongs to the community, or of initiating a new event/events at some point in the future. Ending Avalon Spring does not mean that the current organisers will not participate in new endeavours for the community, but in fact several have moved on to other organising and community teaching activities.
We would like to thank all current and past organisers for their contribution, who all gave freely of their time and creative energy. They were not paid for the work, and financially subsidised the events in many ways. We would also like to thank all those in the wider community who supported the events, both financially and in other forms. A particular mention goes to the Earth Group who gave generously of financial backing so that camps could go ahead.
On reflection, we recognise that camps have evolved and changed over the years, as has the economic climate. This included the growth and developments at Earthspirit, a venue created not long before our first camp, and which has offered us positive support throughout. The nature of camps changed allowing for a more experimental model, but this was in parallel to increasing pressure on our attempts to maintain affordability. We realised that certain numbers attending were required to support lower costs, and lessons have been learned about the type of flexibility required in this work.
To conclude, we believe that Avalon Witchcamp  has offered many people positive and valuable magical and communal experiences over the years. The camp played its part in introducing teachers from overseas, training Reclaiming teachers in the UK, providing links to the wider Reclaiming community internationally, and creating links between people which facilitated the formation of the British Reclaiming Community.
Thanks once again to everyone who has supported Avalon Spring over the last 16 years - campers, organisers and teachers.
AnneMarie, Georgia, Mikey, Monica, Susan, Suzanne, Will, and Annie