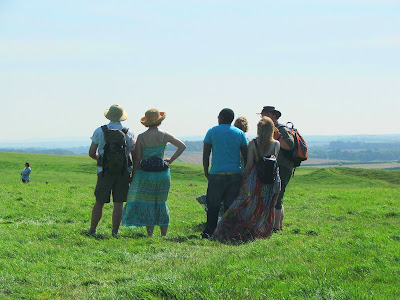 "I say," said Moonroot one cold, wet winter's day. "I have an absolutely spiffing idea! Why don't we all go camping again this summer just like we used to! It will be such super fun!"


The others all agreed it was a grand idea, and just a few months later they packed their bags and set off down to Dorset for the summer hols. They even took Sancha the dog.


"Gosh, we are going to have such wonderful adventures! And lashings of ginger beer**!" declared Moonroot. 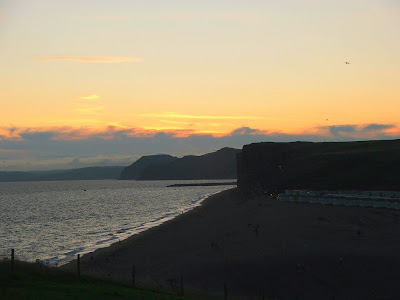 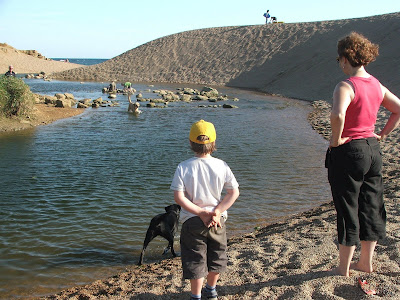 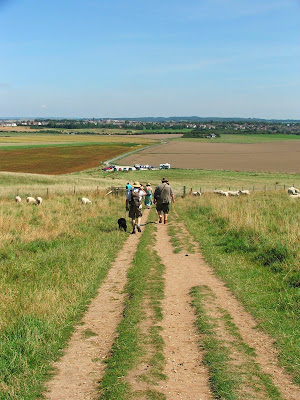 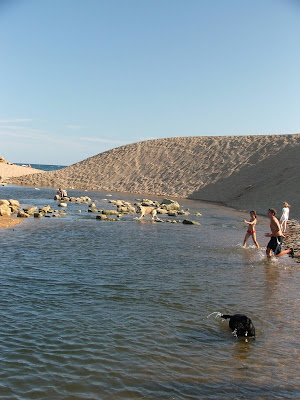 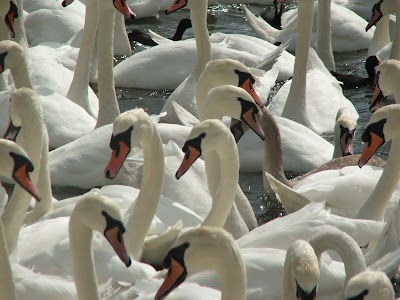 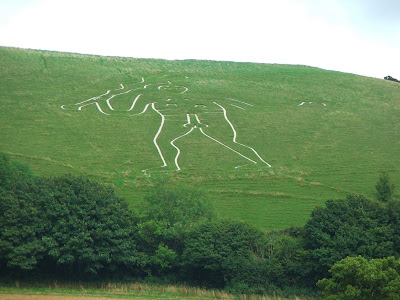 * With apologies to Enid Blyton
** aka wine, beer and scrumpy.
Posted by Moonroot at 7:26 pm

great! the swans~that must have been abbotsbury?
and my little cottage was in the next valley to the giant, behind him actually :)

i have only been camping twice this year and i had plans for so much more!

I LOVE coming to your blog. I get to be reminded of all the things I love about England. Like windy summers and Dorset. I used to love Dorset. And the Cerne Abbas Giant. I always promised myself I'd sleep on his phallus if i couldn't get pregnant - didn't need it in the end. I spent a day roaming across his lovely body long, long ago and I guess the energy must have just stayed with me. Gorgeous pics as usual. I love your banner pic by the way. Has me heaving big happy and slightly misty sighs. Again!

The company was great, the campsite not so hot though. Lovely to see you and be with you for a few days.

Just found your blog today, lovely reading. Great photos, the swans really are beautiful. You should camp more often, we love it.
Kat

WOW!! Awesome photos (as usual) ;)
Sounds like you an an amazing time, and most certainly are full of ginger beer now ;)

I used to live in Dorset, before we moved here to Wales over 21 years ago now. At one point I lived not far from the Cerne Abbas Giant too (Piddletrenthide). Your photos brought back some happy memories.